Ford Mondeo successor spied on the road in Europe

The Ford Fusion is long gone in the United States, and the Mondeo ends production in Europe in 2022. The Blue Oval isn't completely abandoning the saloon market, though. A successor for the Mondeo is under development for Europe and is wearing heavy camouflage in these spy shots.

The upcoming model is reportedly related to the Ford Evos from China, but it adopts a more traditionally saloon-like shape. The tweaks include seemingly stretching the length and lowering the ride height.

The closest styling similarities to the Evos are at the front. The translucent camouflage reveals a wide grille and skinny headlights in the corners. There's a narrow opening in the lower fascia that spans much of the vehicle's width.

The rear is particularly well camouflaged, but there's a glimpse of the taillights on each corner. There aren't exhaust pipes, but mufflers are visible underneath the tail. A rumour suggests the saloon would have a plug-in hybrid powertrain. 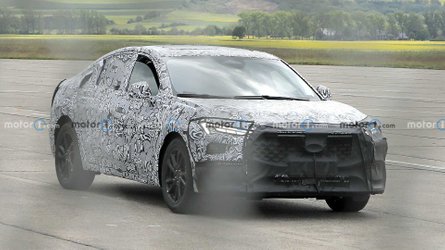 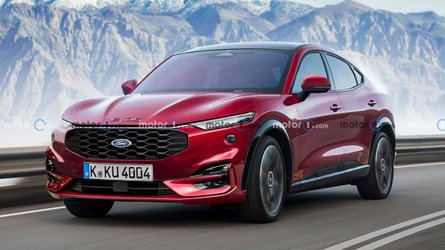 The Mondeo is still available in China and is even getting updates like a 12.8-inch vertical display running the Ford Sync4 infotainment software. There, it's available with a pair of turbocharged engines making 200 bhp (149 kilowatts) and 180 bhp (134 kW).

It's not clear whether this model would also replace the Mondeo in China. The current saloon is getting long in the tooth, so the decision would be understandable.

The rendering above attempts to take off the camouflage and imagine how this model actually looks. The saloon has a bold face and headlights. A prominent crease runs down the side of the body.