It's diesel versus petrol versus electric power.

Here are three vehicles with very little in common engaging in a drag race. The BMW X4 M40d is a coupe-inspired crossover with a diesel engine. The Audi E-Tron is a crossover with an electric powertrain, and the Honda Civic Type R is a front-wheel-drive hot hatch.

They start with a standard drag race. The BMW gets a shockingly good launch. It leaves the other two in the dust, and there's absolutely no way for the rest to keep up.

The Honda struggles for traction. The instant torque from the Audi's electric motors gives the E-Tron an edge over the Civic Type R. At the finish line, the order is the BMW, Audi, and then the Honda.

Next, there's a rolling race from 30 miles per hour (48 kilometres per hour). The electric Audi jumps to an early lead, but it runs out of steam over 100 mph (161 kph). This lets the Honda speed past the E-Tron. Despite dominating the drag race, the BMW struggles this time and finishes in dead last. 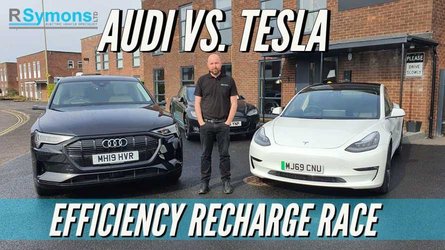 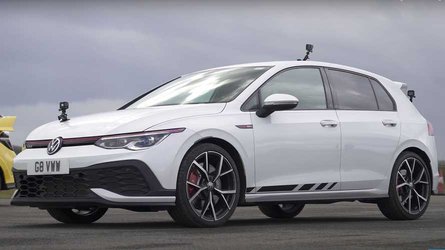 UK: Can Civic Type-R keep up with the best from VW and Renault

The third race is also from a roll and increases the speed to 50 mph (80 kph). The results don't change, though. The Civic out-accelerates the Audi, and the BMW can't do anything to keep up with them.

The final evaluation is a braking test from 70 mph (113 kph), and the result is surprising. The Civic Type R wins, which makes sense because it is the lightest one and has a focus on performance. However, the Audi's regenerative braking helps the EV come to a stop in a shorter distance than the BMW, despite the E-Tron being heavier than the X4.