We previously reported that Tesla may have been sold out for Q2 2021 in the US very early in the quarter. Not long after that report, we received another bit of information that suggested the Model Y may already be sold out through at least the end of Q3 2021.

Electric cars are gaining attention across the globe, and sales are rising. This is all despite the fact that the automotive industry as a whole is struggling due in part to a global chip shortage, as well as the aftermath of the COVID-19 pandemic.

Skeptics have pointed to a lack of incentives as the eventual downfall of companies like Tesla. Speculation around Tesla's sales potentially plummeting when incentives disappear has been rampant for years. However, it clearly hasn't been the case. It seems that while people expectedly appreciate the incentives, they'll still buy a Tesla even if they can't partake. Tesla hasn't benefited from the US federal EV tax credit in some time, yet its sales continue to rise significantly.

Teslarati points out that Tesla's UK inventory page no longer shows any Standard Range variants. Only the Model 3 Long Range and Performance are listed. If you try to configure a Model 3 on the site, it provides an estimated delivery date in August no matter which trim you choose.

The publication also points out that it has a source who claims the Model 3 Standard Range Plus was sold out as of 17 June.

Check out these Tesla news stories from the UK: 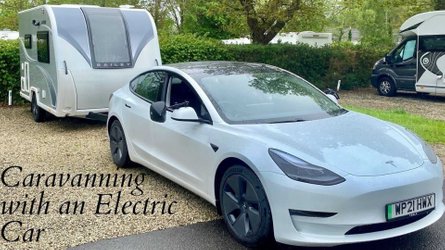 Whether or not people believe there's high demand for Tesla's vehicles, or that the automaker is production constrained, it seems the sales situation in various areas all but confirms it. It will be interesting to see what the whole situation looks like once Tesla is producing cars at four global factories rather than two.