Land Rover Range Rover spied on the road in Germany

Expect a debut later this year.

A new generation of the Land Rover Range Rover is on the horizon. The heavily camouflaged example in this spy video is on a road near Stuttgart, Germany.

The designers are clearly not ready to abandon the two-box, angular look from every iteration of the Range Rover. In front, the engineers cover the grille, except for a small slit in the centre. The headlights appear smaller than on the current model. This one has a lump on the rear section of the roof that's likely a sensor, rather than a part of the exterior design.

The back has a prominent spoiler on the roof that provides shade for the angled rear window. The lower part of the tailgate has an upright shape with muscular sculpting. 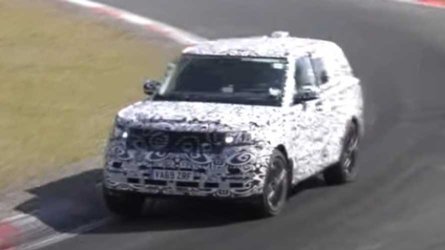 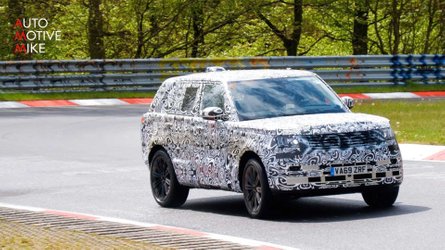 2022 Range Rover spied howling and rumbling around the Nurburgring

Over the course of the new model's life, expect there to be lots of engine options. Land Rover has a deal to use a version of BMW’s twin-turbo 4.4-litre V8 gas-fueled engine. Plus, diesel, plug-in hybrid, and fully electric choices are on the way.

An earlier spy shot (above) offers a view into a Range Rover prototype. It is clearly far from production-ready but shows off the digital instrument cluster and infotainment display.

The current info suggests the new Range Rover debuts in late 2021 and goes on sale in 2022. After seeing spy shots and videos of the model's development for over a year, the latest generation of the premium SUV should be nearly ready for the road.