Radio One DJ and That Peter Crouch Podcast co-host Chris Stark is getting behind a government campaign to help young men stay safe on the road. The new Think campaign, which has been created in tandem with the Football Association, is designed to keep “a nation of football lovers” safe while driving.

Although the Department for Transport (DfT) says casualty figures overall have “plateaued”, it says young male drivers aged 17 to 24 are still four times more likely to be killed or seriously injured than drivers aged 25 and over. That’s why the department has decided to create a new Think! campaign that communicates with younger men through the medium of football.

The campaign is designed to “celebrate those young drivers who don’t take risks on the road”, promoting safe driving habits including ignoring your mobile phone while driving and sticking to the speed limit. According to the DfT, the campaign is intended to combat fears of a rise in casualties among young drivers as traffic returns to pre-pandemic levels.

As part of the campaign, DJ Chris Stark has created a video urging young men to drive safely while travelling to and from football matches, whether they’re watching or playing. The Think! campaign has the support of several county football associations, including London FA, Somerset FA and Northumberland FA.

“Every football fan knows that the banter around the sport is part of the magic,” said Stark. “And even though driving your mates to football games isn’t possible right now, you don’t want to put yourself or others at risk by getting distracted on a group chat or speeding home to watch England play in the Euros.”

Meanwhile roads minister Baroness Vere said the campaign was not targeting boy racers, but aiming to combat the “small distractions”.

“When people think of car accidents involving young men, they think of boy racers and extreme risk-taking,” she said. “But this campaign is warning of the small distractions, such as checking a message on your phone, creeping above the speed limit or driving too fast on country roads, all of which contribute to deaths and injuries on our roads remaining unacceptably high.” 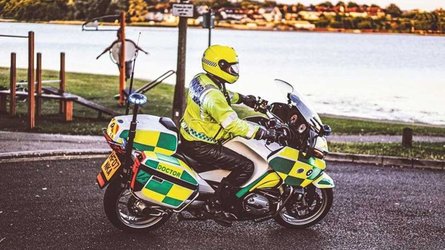 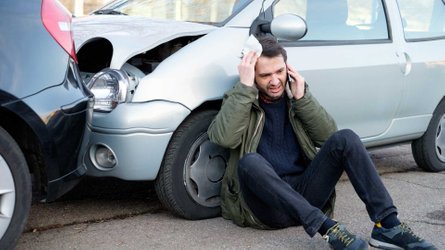 And Conor Ogilvie-Davidson, the marketing and partnership officer at Somerset FA, said the organisation wanted to keep players safe on the pitch and the road.

“Hundreds of thousands of young players up and down the country drive to and from matches and training, enjoying the freedom that being able to drive brings them and their friends,” he said. “As grassroots football has finally got going again and has been extended through June, we want to ensure we are keeping all our players safe both on the pitch, and the roads this season, for pre-season and for many seasons to come. It’s a simple message, but potentially life-saving.”