Are you looking to take a trip to Italy now that travel restrictions have eased? Were you hoping to spend a lot of timing riding the country’s sublime back roads, but your partner wants to go diving in Lake Como instead? If so, we have some great news for you. Thanks to the underwater lens of diver Lorenzo Venturini, we now know of sunken moto treasure sitting at the bottom of the lake in northern Italy.

On the surface (pun totally intended!), Venturini’s photos reveal what appears to be a pair of Ducatis; one of them is a sport bike clad in MotoGP livery circa 2011, the other a naked model with a red trellis frame—perhaps a Monster. Both are sitting on the bed of a Piaggio Ape, a three-wheeled, small-displacement commercial vehicle related to the Vespa). The Ape has been referred to as the VespaCar and TriVespa historically, with an engine size typically in the 125-175cc range.

Taking a closer look at Venturini’s images, something seems off about these submerged cycles—especially the sport bike. Conclusion? These are down-sized plastic models, likely just toys for kids to sit on while they make moto noises (the Ape, however, appears legit).

It's all part of a comprehensive collection of items sitting on the floor of Lake Como in Italy’s Lombardy Region, about an hour north of Milan. In various parts of the deep lake, there are hidden gems that may interest bike enthusiasts: steamboats, planes, army tanks, unexploded bombs and war weapons, and a lot of cars.

There are also historical structures and artifacts for curious divers to explore, and some local lore: there are tales of a sea monster lurking in the cold waters of Lago di Como.

While boats and war artifacts have a logical reason for being there, why so many cars? The answer lies in a steep underwater drop near Mount Moregallo; locals say it's a popular spot for sending stolen or unwanted vehicles into the literal abyss. Most of the lake’s treasures are at least 40 metres (120 feet) underwater.

There are other motorcycles and scooters to be found, too. If you’ve got the certification to go deep enough, exploring the mysteries of Lake Como could be a rewarding way to spend some time off the motociclo. 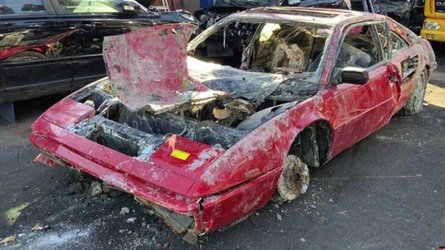 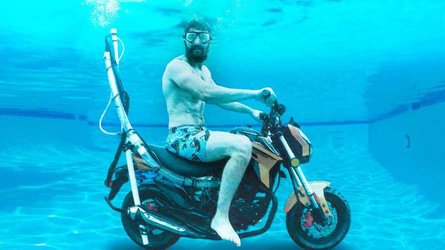