Government data suggests traffic levels are more or less back to normal.

Weekday traffic volumes are returning to pre-pandemic levels despite increased home working, according to government data. The RAC Foundation’s analysis of figures released by the Department for Transport (DfT) showed traffic volumes at the end of May exceeded those seen in February 2020, more than a month before the first coronavirus lockdown.

The data showed Friday, May 28, 2021, saw car traffic volumes hit 101 percent of the ‘baseline’ average level recorded during the first week of February 2020. That data was supplemented by figures showing the overall traffic volume, including van, bus and HGV traffic, was at 104 percent of the level seen in early February.

Of course, that increase was seen on the Friday preceding a bank holiday, so increased traffic was to be expected, but the data shows traffic levels are returning to ‘normal’ levels despite the increased prevalence of home working. With lockdown restrictions now eased to minimal levels and the potential for increased social contact over the coming weeks, it seems Brits will still be using the roads as much as ever.

These figures come after a turbulent 2020 that saw a sizeable drop in traffic. As a result, road fatality statistics were noticeably reduced for the first time in years, and insurance premiums fell as the accident rate was reduced.

However, the coronavirus pandemic also saw an uplift in the price of used cars, as drivers attempted to stay away from public transport for fear of virus transmission. And the relaxation of restrictions has already caused fuel prices to rise noticeably amid increased demand. 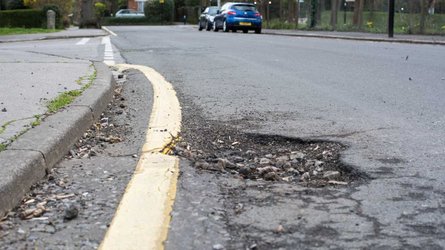 Potholes still an issue in 2020 despite drop in traffic volumes 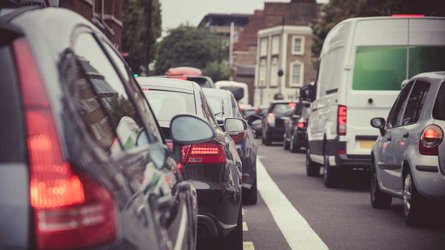 Rush-hour traffic back to pre-Covid-19 levels

Steve Gooding, the director of the RAC Foundation, said he feared the potential for increased traffic once coronavirus restrictions are lifted altogether. In particular, Gooding said the extra traffic could create problems for highways management teams if the morning and evening rush hours resurface despite increased home working.

“Despite the seemingly inexorable rise of forecourt fuel prices over the last year, the arrival of good weather and the prospect of getting out and about over the bank holiday weekend saw road traffic levels back up to pre-pandemic levels,” said Gooding. “Whether traffic will continue to grow as the remaining lockdown measures are lifted remains to be seen – that growth could create a big challenge for highway bosses if it comes back stronger than ever in the morning and evening peaks despite the apparent popularity of home-working.”