The debut is coming in just two days.

We are just days away from seeing the next-generation Lexus NX in full. One of Japan’s most recognisable luxury SUVs will make its global debut on 11 June (or 12 June depending on the time zone) before going on sale in Asia, North America, and Europe later this year.

The cat’s pretty much out of the bag though, thanks to leaked images from February this year. Meanwhile, Lexus is desperately trying to generate more interest in the debut event with a series of teasers.

The latest sneak peek comes in the form of a single teaser image published on the global Facebook page of the manufacturer. Posted with the #LexusNX and #ExperienceAmazing hashtags, it shows the front quarter of the sport utility vehicle and its front left wheel. Surprisingly given the leaked images, the preview is generating decent interest with a few thousand likes on Facebook.

The big news for the new NX seems to be the fact that it will share its platform with the Toyota RAV4, which means some powertrain options are certainly going to be shared between the two. We can all but confirm the 2.5-litre four-cylinder engine of the RAV4 will serve as an entry-level engine for the NX. The more efficient plug-in hybrid setup from the RAV4 Prime also seems very likely to be offered in the luxury SUV, improving both acceleration and efficiency. 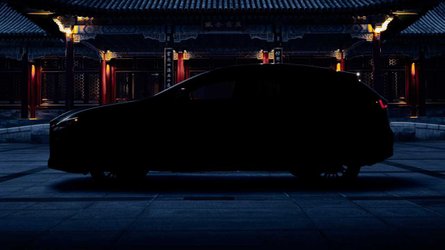 As far as the design is concerned, the leaked images from February this year (video screenshots, actually) confirmed the changes will be evolutionary. Probably the most significant update will be at the front where the LED daytime running lights will be now integrated into the main headlight units without extending into the bumper section.

With about two days left until the official debut, we believe this could be the final teaser image before the global premiere of the new NX. However, this being Lexus trying to generate some buzz surrounding one of its most important models, don’t be surprised if we share one last preview image before the full unveil.