Drivers have been urged to check their car is compatible with the new, more eco-friendly petrol that will soon be available at pumps in the UK. The new E10 fuel contains twice as much renewable ethanol as existing E5 petrol, and the Department for Transport (DfT) has asked motorists to find out whether their vehicle will run on the new fuel.

As the name suggests, E10 fuel contains up to 10 percent ethanol, making the fuel less polluting compared with the current E5 petrol. The government estimates the use of E10 petrol could cause a drop in carbon emissions equal to the effect of taking 350,000 cars off the road every year.

E10 fuel has been in use in Europe for some time, but it will only arrive on UK forecourts later this year. However, not all cars will be able to use the new fuel, with older vehicles and classic cars still requiring the less ethanol-rich E5 petrol.

As a rule of thumb, the DfT says some vehicles built before the mid-2000s may still need to use E5 fuel, which will live on in the form of premium unleaded fuels. That means fuels such as Shell’s V-Power petrol and BP’s Ultimate fuel will still only have up to five percent ethanol.

“A small number of older vehicles, including classic cars and some from the early 2000s, will continue to need E5 fuel,” said the DfT in a statement. “That is why supplies of E5 petrol will be maintained in the super petrol grade.”

With that in mind, the DfT is launching an awareness campaign ahead of the E10 petrol’s introduction, which will begin in September. The department is hoping to educate drivers about the new fuel, and it’s encouraging motorists to check whether their car will still run on the E10 petrol soon to be found in conventional fuel pumps.

To help motorists who are unsure, the government has announced the arrival of a new online service that allows drivers to find out whether their car will run on higher-ethanol fuel. The new checker can be found in the ‘Driving and Transport’ section of the gov.uk website. 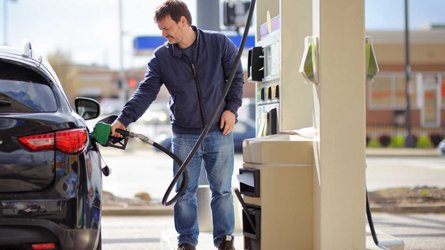 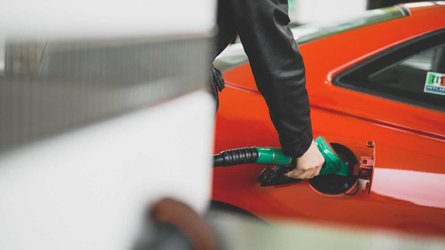 “The rollout of E10 is the latest in a string of measures we’re taking to cut road emissions, reduce pollution and keep us on track to meet our ambitious net zero by 2050 target,” said transport minister Rachel Maclean. “This campaign will not only make drivers aware of the changes we’re making, but will also show millions of motorists how E10 introduction plays a part in helping reduce carbon emissions and build back greener with every tank of petrol.”