Can the two-door supercar outperform the tuned Mercedes?

The McLaren 720S strolled onto the scene in 2017, instantly putting the supercar community on notice with its otherworldly performance numbers. It dominates at the drag strip, and the 765LT variant is no different. The latest Daniel Abt YouTube channel video pits the track-focused McLaren against a modified four-door Mercedes-AMG GT63 S, but even the extra upgrades aren’t enough to keep the McLaren from securing some wins in a series of races.

The first drag race between the two shows the McLaren getting a downright atrocious start off the line, the tyres searching for traction through the fourth gear as the Mercedes pulls away. However, the lighter McLaren quickly catches and passes the Mercedes, completing the quarter-mile in 10.93 seconds at 172.23 miles per hour (277.18 kilometres per hour). The Mercedes was right behind it with a time of 10.72 seconds at 154.65 mph (248.88 kph). The second race has the McLaren getting a much better start, which leads to another win. 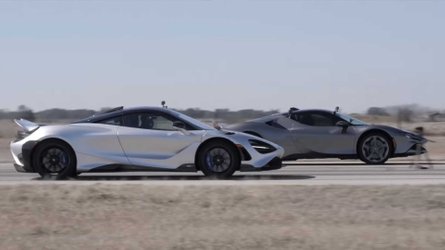 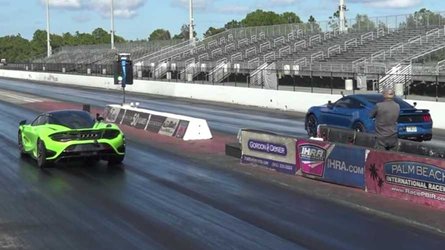 The final rolling race start is no different than the other two, with the McLaren easily putting the McLaren in its rearview mirror. And the Mercedes is modified, too, making more than the stock 630 bhp (469 kW) and 664 lb-ft (900 Nm) of torque, even though there is more power on the way, possibly putting it over 1000 bhp. However, looking at the race results, it’s unclear if that extra power would be enough to overcome the McLaren’s superb performance. It looks like we’ll need a rematch at some point.