Can the Italian stand its ground against two Germans?

In the realm of high-performing compact SUVs, the Alfa Romeo Stelvio isn't a pushover, especially in its Quadrifoglio guise. It's a sleeper for the unassuming public, but can it stand its ground against two German rivals?

There are many ways to find out and as usual – drag racing is one of them. Thankfully, Carwow orchestrated one and pitted the top-spec variants of three of the most powerful compact SUVs your money can buy: the Alfa Romeo Stelvio Quadrifoglio, BMW X4 M Competition, and Porsche Macan Turbo.

Now before you watch the video embedded on top, it's important to compare the numbers between these three compact SUVs. First off, the Alfa. The Stelvio Quadrifolgio uses a twin-turbo 2.9-litre V6 under its bonnet, producing up to 503 bhp (377 kilowatts) and 443 pound-feet (600 Newton-metres) of torque.

The BMW X4 M Competition, on the other hand, has a twin-turbo 3.0-litre straight-six inside the bonnet, producing similar output numbers as the Stelvio Quadrifolgio. Both vehicles also use a similar 8-speed torque converter gearbox, although the Stelvio has a substantial weight advantage by around 140 kilograms (309 pounds).

This isn't the first time these cars met each other: 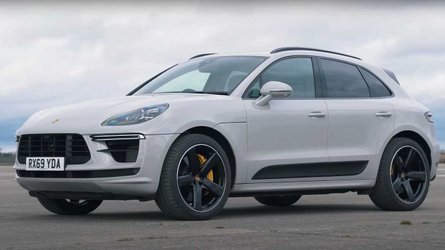 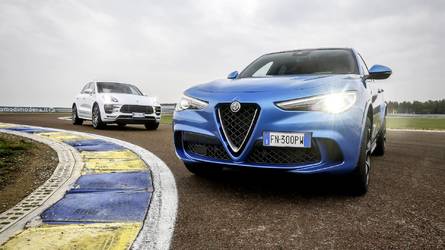 On the other hand, the Porsche Macan Turbo, despite having the sportiest 7-speed dual-clutch gearbox of the bunch, is the least powerful and not the lightest either. The twin-turbo 2.9-litre V6 only makes 434 bhp (324 kW) and 406 lb-ft (550 Nm) of torque.

All four contenders in this drag race run all four wheels, so launching won't be much of a question. The drivers are, though, so watch the video atop this page to know which of three crossed the end of the quarter-mile sprint.