The goal is to set a class record.

The team is preparing to run the Bentley Continental GT3 in the Pikes Peak International Hill Climb, and the crew has some new info about the racer ahead of the event on 27 June. The goal is to set a new record in the Time Attack 1 class.

The specially prepped Continental GT3 runs a 4.0-litre twin-turbo V8 that runs on renewable fuel. It makes over 750 bhp (559 kilowatts) and 738 pound-feet (1,000 Newton-metres) of torque currently, and the team promises to push the power even higher for the hill climb.

The tweaks over the stock unit include new pistons and connecting rods. The turbos are larger and are running at 31.9 psi (2.2 bar) boost. The intake manifold is carbon fibre. There's a unique Akrapovič exhaust that is 3d-printed Inconel, and the pipes exit behind the front wheels.

The team adds a secondary, rear-mounted cooling system, including a dedicated secondary water pump. Ducts in the spot usually for the rear windows sends air through the backup radiator. 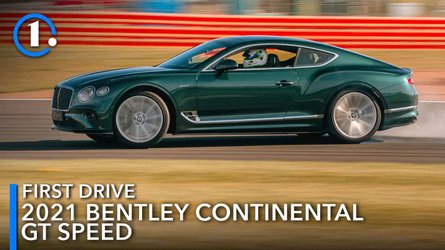 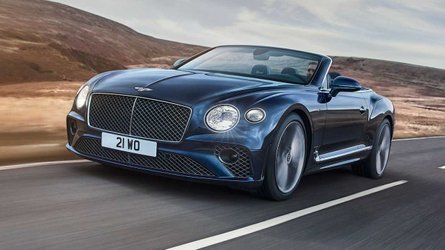 The transmission is the same as the unit in the regular Continental GT3 race car. However, the driveshaft has a larger diameter for better durability.

The Pikes-Peak-prepped Continental GT3 has 30 percent more downforce than the normal specification. This includes what Bentley says is the largest rear wing ever for one of its competition machines. There's also a new rear diffuser. In front, there's a two-plane splitter with dive planes.

Bentley hired three-time Pikes Peak champion Rhys Millen to drive the Continental GT3 in the hill climb. He has experience with the brand after driving its Bentayga W12 in the event in 2018 and Continental GT in 2019. To set the Time Attack 1 class record, he needs to cover the course in less than 9 minutes and 36 seconds.