The next-generation Lexus NX crossover will debut on 12 June. We learned this information just recently in the first NX teaser dropped by Toyota's luxury brand. Whereas that teaser gave us a taste of the rear hatch, this one shows the full NX in profile view, albeit shadowed to hide details. Brightening the photo doesn't reveal anything new (we tried) but thanks to a video leak earlier in the year, there isn't much to hide anyway.

Indeed, Lexus is proceeding as scheduled with its next-gen NX teaser campaign. We can't blame them – the NX debuted for the 2015 model year and save for a minor refresh in 2018, the model has soldiered on. It's not the oldest SUV on the block but it's certainly getting along in years so Lexus is making the most of the debut. Despite its age, the exterior styling won't change dramatically as the NX retains its curvaceous crossover lines with the bold grille as bold as ever. Compared to screenshots from the video leaked in February, the details we can see in the teaser look pretty much spot on.

With 12 June still several days away as of this post, it's quite likely we'll get some kind of teaser for the updated NX interior. We expect to see far more significant changes there, as the current model's greenhouse is extremely dated. Provided the leaked video is accurate, expect a significantly larger touchscreen that melds seamlessly with the dash in a far more minimalist design. It won't be completely without tactile control, however, with basic functions still accessible as well as a shifter stalk in the centre console. 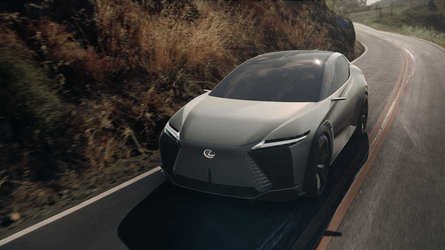 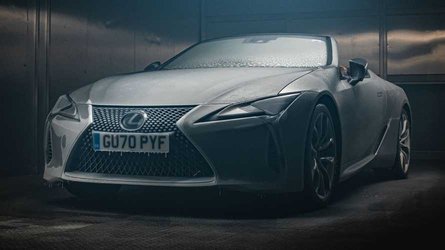 UK: Lexus LC Convertible hits the road after 12 hours in a refrigeration chamber

Underneath, the new NX should share its platform with the Toyota RAV4. As such, some carryover with powertrain options is certainly likely, not the least of which being the Toyota's 2.5-litre four-cylinder serving as a base-model NX engine. It seems a no-brainer for the NX to also get the impressive plug-in hybrid setup from the RAV4 Hybrid, which can send the SUV to 60 mph in under six seconds while also getting over 40 miles of electric-only range.

All our questions will be answered soon enough, as the new NX debuts on 12 June. In the meantime, we'll keep our eyes peeled for new teasers.