The new model joins the petrol and plug-in hybrid variants already on sale.

Renault has launched a new hybrid version of its popular Captur SUV, with prices starting at £24,500. Slotting into the range between the E-Tech Plug-In Hybrid and the conventional petrol engines in the Captur range, the new E-Tech Hybrid will be available in combination with three of the most luxurious Captur trim levels.

Under the bonnet, the car uses the same ‘conventional’ hybrid system as the Clio E-Tech Hybrid, so there’s a 1.6-litre petrol engine and two electric motors. Together with a 1.2 kWh battery pack, the system allows the car to start off in electric mode before allowing the petrol engine to take over.

Unlike the E-Tech Plug-In Hybrid powertrain, the E-Tech Hybrid’s battery cannot be charged from the plug. Instead, it relies on regenerative braking to harvest energy normally lost while decelerating, and it can use the petrol engine as an on-board power station.

As a result, Renault says the powertrain allows a “smoother, more refined drive”, as well as “significant reductions in fuel consumption and carbon dioxide emissions”. The system also provides 143 bhp and a 0-62 mph time of 10.6 seconds, and Renault claims 56.6 mpg on the official economy test.

In exchange for the £24,500 asking price, you get the Captur E-Tech Hybrid in mid-range Iconic trim. That means you get a seven-inch touchscreen infotainment system with satellite navigation and the Apple CarPlay and Android Auto smartphone integration technology. Automatic climate control, full LED headlights and rear parking sensors also feature, along with a hands-free key card and extra-tinted rear windows.

Spend an extra £1,500 and you can have the S Edition trim level, with its part-leather upholstery, front parking sensors and rear-view camera. The higher trim level also replaces the Iconic’s 17-inch alloys with 18-inch rims, and you get two-tone exterior paint with a contrasting roof colour. 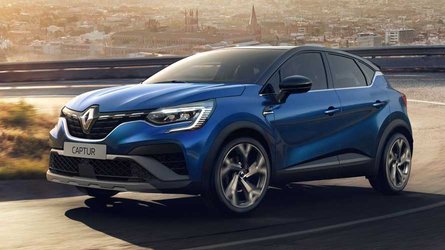 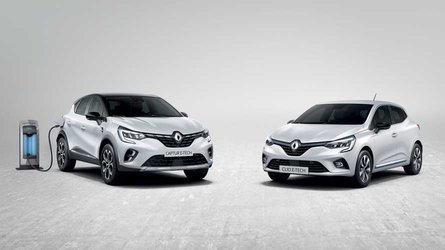 Finally, the range is topped by the R.S. Line model, which offers a sporty edge with F1-inspired styling tweaks. The bumpers and body styling features are more aggressive, and the interior gets a sportier edge, all in exchange for your hard-earned £27,695.

The new Captur E-Tech Hybrid is available to order now, but customers will have to wait until at least August to take delivery of their car. Prices start at £24,500.