Posh new model is based on range-topping Shine variants.

Citroen has teamed up with fashion house Saint James to create a new special-edition C3 hatchback. Priced from £16,755, the style-focussed supermini is available to order now, although just 350 examples will be built for customers across the UK, France, Germany, Italy and Spain.

Under the fashion house styling, the C3 Saint James is based on the high-end C3 Shine, which already comes with 16-inch alloy wheels, automatic air conditioning and a seven-inch touchscreen infotainment screen. Cruise control and rear parking sensors are also standard, along with lane departure warning technology and automatic lights and windscreen wipers.

But the Saint James version adds to that with a bi-tone roof in either black or white, and the White Colour Pack for the Airbump panels on the doors. The car also gets a Saint James roof graphic on the roof, the Saint James signature on both front doors, and exclusive metal plate badges with Saint James’ trademark blue, white and red colours.

Inside, the C3 Saint James is marked out by its grey upholstery with Saint James labelling on the seat backs and red stitching that emulates the signature stripe of the Saint James marinière sailor’s jacket. White stitching appears on the lower parts of the seats and the dashboard, while the strap door handles are embellished with blue and red trim, as well as a Saint James ‘button’ on the driver’s side. The Saint James logo appears once more on a badge below the gear lever.

Under the bonnet, Saint James customers get a choice of two petrol engines. As standard, the car comes with the 1.2-litre, 82 bhp PureTech 83 engine with stop-start technology and a five-speed manual gearbox. That three-cylinder powertrain is capable of returning more than 51 mpg on the official economy test, with CO2 emissions of 123 g/km.

More on the Citroen C3: 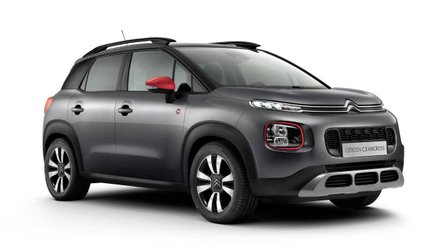 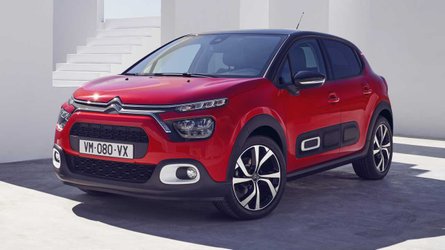 Alternatively, customers can spend an extra £2,540 to get the more powerful PureTech 110 engine. Like the PureTech 83, it’s a three-cylinder, 1.2-litre petrol engine, but it’s turbocharged to produce 109 bhp and it comes with a six-speed automatic gearbox as standard. The extra power and the automatic transmission make it marginally less efficient, though, returning 47.9 mpg on the WLTP economy test.

The new Citroen C3 Saint James is now available to order now in the UK, although the first examples will not arrive in British showrooms until late July 2021. However, retail customers who choose to order their new C3 Saint James online through the Citroen Store will also be offered a five-year warranty.