Some journalists had privileged early access to the Nevera and this is what they did.

The brand new Rimac Nevera, a monstrous 1,888 bhp fully-electric hypercar that can sprint to sixty in 1.85 seconds, has already been driven by journalists. We just posted the debut article about it, detailing all its specs and stats, but there’s nothing better than seeing it on the move, which is what you’ll see in the three videos posted here.

First, Mat Watson from Carwow chose to drag race the Nevera against a plug-in hybrid Ferrari, the SF90, which has a combined 986 bhp and it sprints to 100 km/h (62 mph) in 2.6 seconds. It is a few hundred kilograms lighter than the Rimac, but it’s no match for the EV hypercar’s ferocious acceleration - Rimac claims it is the world’s fastest accelerating car and we don’t feel a need to question it.

Mat also has a video about the Nevera on his personal channel, if you want to check that out. This video is focused on extracting information about the car from the company’s founder, Mate Rimac, and it’s also worth a watch.

Carfection’s Alex Goy went for a more traditional automotive review, focusing on how the car looks, showing off its many lovely details and generally just showing off what it can do. He obviously does the obligatory acceleration test which leaves Alex astounded, searching for the proper epithets to do it justice.

The Rimac Nevera was also featured on Jonny Smith’s The Late Brake Show. His video focuses more on the context that resulted in this car’s creation, he does a factory tour, he meets the company’s founder and he also does acceleration tests, as well as an actual road test on public roads. 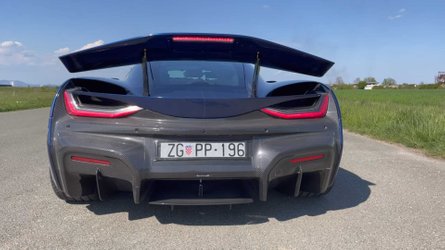 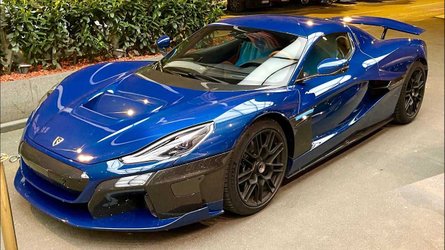 Rimac C_Two spotted on the streets of Croatia in walkaround video