Real estate mogul Manny Khoshbin has a dynamic supercar collection as he seems to be buying and selling every other week. There is one constant in his garage, the Mercedes-Benz SLR McLaren. He has more than just a soft spot for the modern-day 300 SLR as the California-based millionaire appears to have an obsession for the Sport Leicht Rennsport.

He recently added his sixth SLR, a freshly serviced coupe riding on a new set of tyres. It might not be as exclusive as the Stirling Moss speedster version, but the car appears to be in great shape and even has the original built-in phone none of his other five SLRs have. Yes, it's a flip phone from the mid-2000s that still apparently works, or at least he was able to turn it on.

With 7,533 miles (12,123 kilometres) on the clock, it's the highest-mileage SLR in his collection. That's still quite low even for such a relatively rare supercar considering fewer than 2,200 units of the Gordon Murray-designed beauty were ever assembled by McLaren in Woking. His latest acquisition is a Liquid Silver example built in 2005, which was the first year of production for the US market.

The man has good taste in cars: 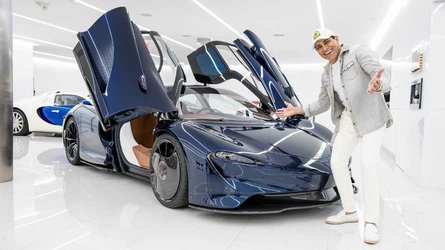 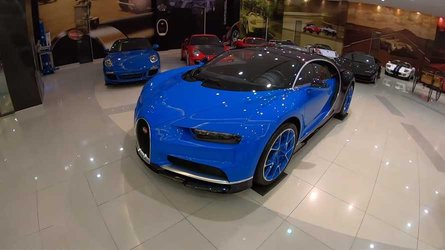 Replacing the carbon fibre bonnet costs an eye-watering $75,000 (£52,800) while those hydraulic shocks for the butterfly doors are $1,000 (£700) apiece and are known to break down sooner or later. It goes without saying these costs are not an issue for someone who commissioned a one-of-one Bugatti Chiron Hermes Edition to match his Veyron Grand Sport Vitesse.