The Dodge Charger isn't a common sight on Germany's autobahn, especially an example of the saloon that wears the graphics of a fake American police car. This one goes on a top-speed run on an unrestricted stretch of the country's motorway.

This is a 2012 example of the Charger in the R/T trim level with the 5.7-litre V8. The official specs say that the engine makes 370 bhp (276 kilowatts or 375 metric horsepower) and 395 pound-feet (536 Newton-metres) of torque. It runs through a five-speed automatic, rather than the eight-speed that a more modern version of this car would have.

In the first half of the video, the autobahn has lots of traffic. This situation actually provides a good demonstration of what it's like to drive on an unrestricted portion of the German motorway. While there is no speed limit, most people are not going all-out on the road. A lot of folks are in the left lane maintaining around 80 miles per hour (129 kilometres per hour). 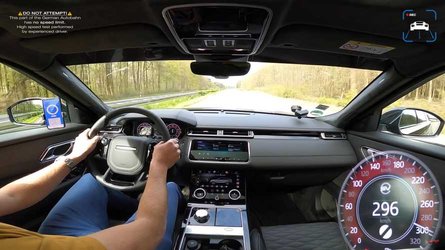 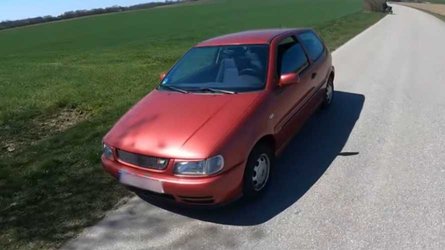 Brace yourselves for this 50-bhp VW Polo Autobahn run

There's so much traffic that the driver decides to stop filming and try again later. The video picks up at a time when the road is clearer. For a roughly 10-year-old vehicle and not even an SRT model, the Charger has impressive acceleration. At around 124 mph (200 kph), the acceleration slows considerably.

The Dodge still gains speed and stop accelerating at 130 mph (209 kph). There's a brief moment where the digital speedometer briefly flashes 210 kph. Eventually, traffic forces the driver to slow down, and the video comes to an end.

If you're curious about what a more modern, higher-performance Charger can do on the autobahn, check out the video above. It goes a whole lot faster than 130 mph.