It seems Tesla removed the radar mentions as it switches to a vision-only approach.

As Tesla continues using owners to test its Full Self-Driving Beta (FSD) technology, updates have been happening on a regular basis. It seemed plenty of progress was made early on, however, at a point, the updates slowed, timelines became cloudy, and not much has happened of late.

This is apparently because Tesla's engineers decided that the cars may no longer need radar. Instead, with Tesla's AI approach, only pure vision may be needed. Tesla CEO Elon Musk mentioned this some time ago on Twitter, and he's referenced it a few times since.

At first, it seemed there was a possibility Tesla would do away with radar completely, but much more testing was needed. Now, a few months later, it seems Tesla has made the final decision, though nothing has been officially announced, aside from Musk's tweets.

According to Teslarati, all mentions of radar, which used to be on Tesla's website, have been quietly removed. In the past, in the Tesla Autopilot section of the website, as well as on the individual Model 3 and Model Y vehicle pages, Tesla had clear references to radar. However, if you look now, there's no mention whatsoever. Teslarati explains:

"Previous iterations of the Autopilot section of Tesla’s webpages for its vehicles indicate that the driver-assist system features 360 degrees of visibility, 160 meters of Forward Protection (radar), and 12 ultrasonic sensors. With the update, Tesla’s Autopilot section on its website now lists 360 degrees of visibility, 250 meters of Powerful Visual Processing, and 12 Ultrasonic Sensors."

There has been plenty of talk on social media about an upcoming Tesla event on June 3. Fans and owners are speculating that perhaps Musk has something major to announce, or perhaps even multiple announcements. With promises of an FSD subscription and FSD Beta Version 9 coming soon, maybe June 3 is the day we'll learn more. 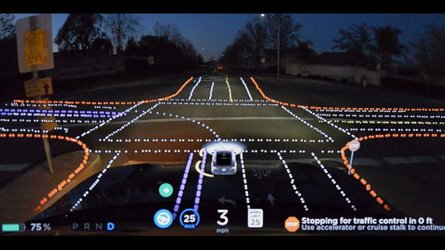 Elon Musk says Tesla's FSD subscription will be available in May
⠀ 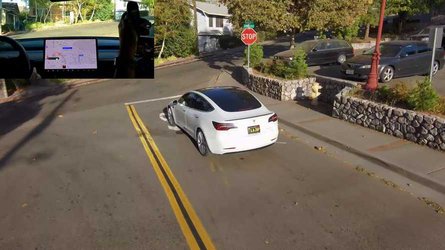 This makes sense if we look at the timelines Musk has tweeted about. The CEO also said that Version 9 will transition to the vision-only system. As always with Tesla, it's a waiting game at this point.