Sportier than the regular Bentayga but not quite like the Bentayga Speed.

Following the debut of the refreshed Bentayga and Bentayga Speed, Bentley is expanding the luxury SUV’s lineup with the addition of the new Bentayga S. It’s a sportier take on the high-riding cruiser from Crewe but not quite like the Bentayga Speed. Bentley says the Bentayga S is the answer to the needs of a “huge number of customers that enjoy the dynamic performance of their Bentayga on-road.”

One of the highlights of the new S version is the so-called Bentley Dynamic Ride system. Essentially, this is an active anti-roll tech that uses a 48-volt system, for which the automaker says is a first in the industry. The system can react within just 0.3 seconds applying up to 959 pound-feet (1,300 Newton-metres) of torque to counteract lateral rolling forces when cornering. Bentley promises the system, which is standard on the Bentayga S, provides optimal cabin stability and maximum tyre contact.

Another upgrade over the standard Bentayga is the Sport driving mode for an improved steering feel, more responsive throttle, and up to 15 percent stiffer suspension thanks to increased pressure in the damping system. A new performance exhaust system comes as standard with free-flowing primary and secondary pipes. Last but not least, Bentley’s torque vectoring system has been recalibrated in the Bentayga S. 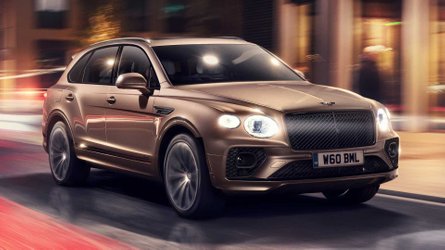 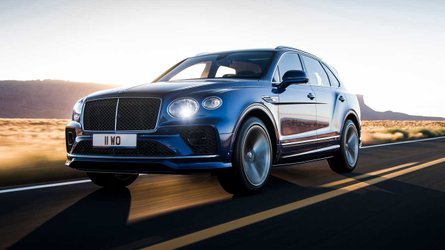 The sportier Bentayga can be distinguished by a number of visual upgrades. On the exterior, there are black door mirrors and black-painted side sills, as well as tinted headlights and taillights. At the back, there’s also a new and larger spoiler that extends the roofline, plus split oval exhaust tailpipes. Of course, there’s also an appropriate S badging.