The two SUVs could be pushed upmarket and cost more.

Jaguar Land Rover's new "Reimagine" global strategy announced in February calls for six purely electric vehicles due to be launched within the next five years. The first of the bunch is coming in 2024 ahead of late this decade when all Jaguar and Land Rover models will be offered with pure electric propulsion. That's the part we knew already from JLR, and now, Autocar claims to have the scoop on some of the upcoming EVs.

The backbone of the company's electrification agenda is a newly developed Electrified Modular Architecture engineered from the get-go for EVs, but with a twist. It will be used not only by all-electric models with a large battery pack, but also for cars equipped with smaller batteries to make room for a small range-extending engine. A similar setup will be used soon by Mazda for its MX-30, which will gain a range-extending rotary engine to complement the original all-electric model.

EMA is expected to debut on the next-generation Evoque, which might sound a bit odd since the current model has only been around since late 2018. The revamped Discovery Sport is not far behind, with both reportedly going on sale before the end of 2024 and offering 60 miles of electric range at the very least. All-wheel drive will be achieved by dual electric motors, which are said to be the "most torque dense in class" and offer 92-percent efficiency.

The 800V electrical system will enable fast charging and Land Rover is also planning to implement a highly advanced autonomous driving system with up to level four capabilities. Needless to say, these major upgrades will come at a cost over the existing Evoque and Discovery Sport as both SUVs will be pushed upmarket and will consequently carry a higher price tag.

Get up to speed with the two SUVs: 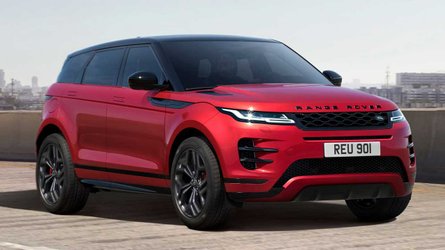 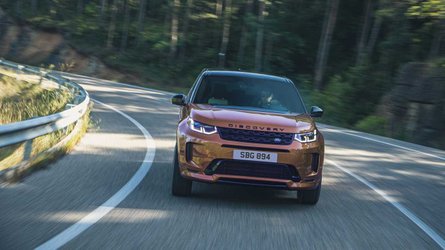 Before that happens, the current Evoque is expected to spawn a more spacious seven-seat version with a stretched wheelbase. It has been spotted undergoing testing repeatedly, but Land Rover remains tight-lipped about its official debut.