Brace yourselves for this 50-bhp VW Polo Autobahn run

It's so underpowered you actually have to floor it 24/7.

Launched in 1994, the third-generation Volkswagen Polo was an all-new model compared to its predecessor and was the first in the history of the model to be offered with five doors. A selection of naturally-aspirated petrol engines was initially available, later joined by a 1.9-litre diesel engine in NA and turbocharged forms.

Interestingly, the Polo MK3 shared some components and engines with the SEAT Ibiza MK2 but the two had no body details in common.

In 1996, the Polo 6N received a new entry-level engine in the form of a 1.0-litre naturally-aspirated four-cylinder with an all-new aluminium block and multi-point injection. The little engine was capable of generating a peak output of 50 bhp, sent to the front wheels through a five-speed manual gearbox.

Weird cars on the Autobahn: 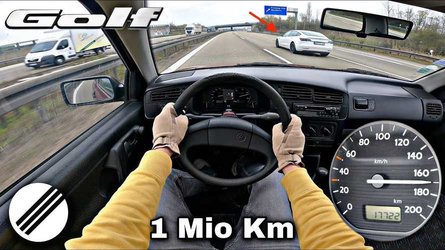 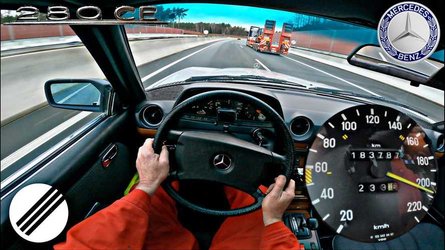 Obviously, performance was not the focus in this version as the hatchback required more than 20 seconds to hit 62 miles per hour from a standstill. The top speed was equally unimpressive at 90 mph, though the combined fuel consumption was adequate. Doesn’t sound too exciting, right?

In reality, however, there’s something very adorable in watching an old 50-bhp car stretch its legs on the German Autobahn. That’s where we often see some of the world’s fastest cars but in this new video, the underpowered Polo tries to hit its top speed.

And... surprise! On paper, it shouldn’t be capable of more than about 90 mph but the speedometer of this Polo 1.0 shows 96 mph during this Autobahn run. Admittedly, you actually have to floor the car non-stop if you want to flow with normal traffic, but that’s what makes this Polo a more exciting car than any supercar.