2022 BMW X3 and iX3 facelifts get early debut in China

BMW doesn't want you to see the updated crossovers until June, yet here they are.

A new batch of upcoming models has been homologated in China and that means each and every vehicle appears on the Ministry of Industry and Information Technology website. The one that caught our attention is the BMW X3 facelift, which is joined by its all-electric iX3 sibling. Mind you, we're dealing with the Chinese versions of the two crossovers, but expect the global models to look virtually the same.

Thankfully, the kidney grilles still have a relatively normal size and the two sides are now connected to mirror other recent BMW models. Both the conventionally powered crossover and its EV cousin have the M Sport Package bringing slightly more aggressive front bumpers, albeit they do appear to have a rather busy design.

It might seem strange that BMW is already giving the iX3 a nip and tuck considering the electric crossover was unveiled in July 2020. However, it (kind of) makes sense as the Bavarians want a cohesive design within the X3 lineup by giving the conventionally powered model and the zero-emissions derivative the same styling cues.

Updated headlights and taillights are part of the Life Cycle Impulse, and in the case of the X3 xDrive30i pictured here, chunky dual exhaust finishers have been installed to replace the smaller round tips of the pre-facelift version. Sadly, fake vertical air vents have been embedded into the rear bumper of both crossovers, representing a design trend that honestly can't die soon enough.

The M version is not far behind: 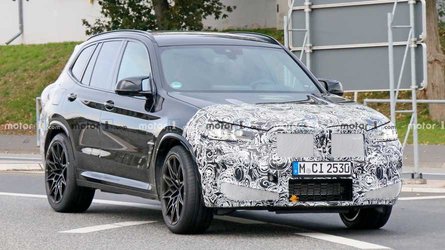 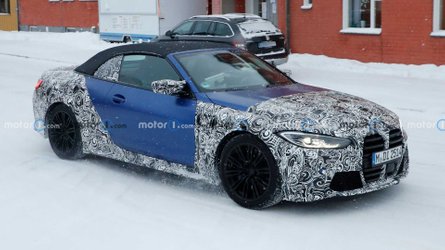 We're hearing the facelifted X3 and iX3 models are going to be unveiled sometime in June and both should feature some changes on the inside as well. It remains to be seen whether the iDrive 8 infotainment system is part of the mid-cycle revisions and if BMW plans to electrify the X3 furthermore with mild-hybrid powertrains.

The range-topping X3 M could follow by the end of the year or early 2022, with the swoopy X4 likely not far behind.