The newcomer gets a potent petrol engine and sporty styling.

Land Rover has expanded its popular Range Rover Evoque line-up with a new £50,440 P300 HST variant. Based on the existing R-Dynamic S version, the newcomer gets a host of styling updates and just one engine option: a 2-litre, 296 bhp petrol motor with mild-hybrid assistance.

Following on from the HST model found in the larger Range Rover Sport stable, the Evoque HST gets many of the same features as the R-Dynamic S variants. That means you get leather upholstery and a 10-inch touchscreen infotainment screen with satellite navigation, as well as LED headlights and a heated windscreen.

But the HST model adds to that specification with the Black Pack, which includes glossy black lettering on the bonnet, as well as matching black side vents, bonnet louvres and door mirror caps. You get a black roof, too, complete with a massive panoramic sunroof, and 20-inch black alloy wheels.

Inside, the P300 HST gets the same suedecloth steering wheel and black suedecloth roof lining as the Range Rover Sport HST. You get a power-operated tailgate, too, and the digital driver display, which uses a 12.3-inch screen to display all the information normally found on the instrument cluster.

Standard features also include a 400-watt Meridian sound system, two 10-inch touchscreens and keyless entry, as well as “animated” indicators with a scrolling effect. Customers also get a choice of 11 colours, with Fuji White representing the only no-cost option. You can spend an extra £705 to pick metallic colours such as Firenze Red and Portofino Blue, or £970 to have the Carpathian Grey or Silicon Silver premium metallic colours.

But though you may be able to choose your car’s colour scheme, you have no choice in the engine bay. All HST models come with a 2-litre four-cylinder petrol engine with a turbocharger and mild-hybrid technology that uses electrical power to help the petrol engine out when it’s under load or to help the car coast to a halt.

That engine produces 296 bhp, which goes through a nine-speed automatic gearbox before being sent to all four wheels. That combination allows the Evoque HST to get from a standstill to 60 mph in 6.5 seconds, before racing on to a top speed of 150 mph. Driven more sedately, it will return up to 30.7 mpg and emit 207 g of carbon dioxide per kilometre travelled.

More on the Range Rover Evoque: 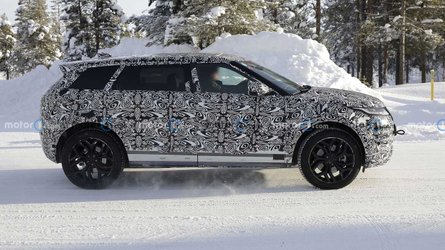 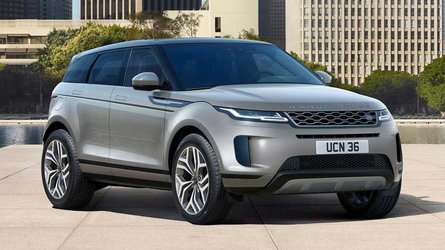 As is so often the way with a Land Rover, the Evoque HST also comes with plenty of off-road capability, thanks to its Terrain Response 2 drive select system. That allows the car to be configured for the terrain it is crossing, altering the powertrain characteristics to suit the conditions.