There’s a fine line between work and play in a Koenigsegg.

Koenigsegg introduced the Jesko hypercar over two years ago at the 2019 Geneva Motor Show. While the company followed it up a year later with the Jesko Absolute, development continues on the regular version. The company released a video on its Facebook page highlighting two Jesko prototypes, though it looks like the drivers are having more fun than performing any actual development work. Maybe that happened off-camera.

The short video shows the two hypercars at an airstrip, though most of the footage has the cars rocketing down the tarmac at full-tilt or drifting, sliding the wide rear end out with whiffs of tire smoke filling the air. These are two things the Jesko is very good at doing. Koenigsegg introduced the car, named after the founder’s father, with a revised version of its twin-turbocharged 5.0-litre V8. It produces up to 1,600 bhp (1,193 kilowatts) on E85, with peak torque hitting 1,106 pound-feet (1,500 Newton-metres).

That’s plenty of oomph to overpower the rear tires. Even on regular petrol, the Jesko still delivers 1,280 bhp (995 KW). All that power comes from the numerous upgrades Koenigsegg made to the mill. It features a flat-plane crankshaft, larger turbos, a revised intake, and a proprietary air injection system. The engine pairs up with the company’s new Light Speed Transmission that allows the driver to immediately select the gear that gives the car the best acceleration. 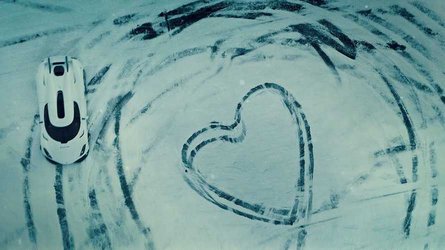 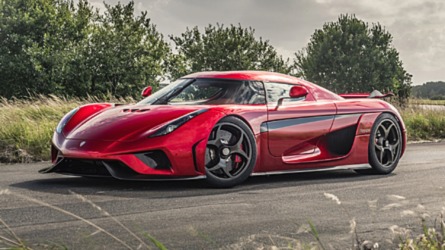 Koenigsegg will build just 125 Jesko models, though each has been sold already. The car is far from cheap, with the naked carbon-fibre body option costing £340,000. This is hypercar performance numbers paired with a hypercar price tag. The right configuration can see the price jumps to over £3.5 million, which is more than the £3 million Bugatti Chiron Super Sport 300+. Koenigsegg is also working on the Jesko Absolut, which will be the company’s fastest car it will ever make as the company looks to blow past the 300-mile-per-hour barrier.