The V12 sounds as glorious in the city as it does on the track.

Overshadowed by its stellar F40 predecessor, the Ferrari F50 sometimes gets forgotten whenever the discussion turns to favourite Prancing Horses. But now, that 90s supercar is getting some attention from London onlookers – or rather, demanding it via the sound emanating from its straight pipes.

YouTuber The TFJJ was lucky enough to get a ride-along in the Argento Nurburgring F50. Breathing easy through a Tubi de-catted exhaust, it’s not hard to pick out the 4.8-litre V12’s Formula 1 roots, echoing off the buildings as it roars by. That’s because the engine block is directly derived from that of the Ferrari 641 race car, which propelled Alain Prost to a second-place finish in the 1990 F1 Driver’s Championship, earning the Ferrari team third place overall. 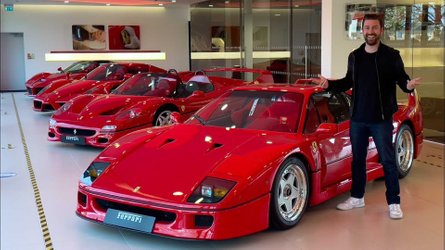 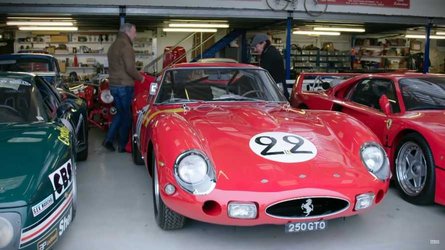 As its name suggests, the F50 is a direct successor to the F40, which first hit the market in 1987. Limited to just 349 units worldwide, the F50 is already a very rare machine, made even less common by its Argento Nurburgring silver paint. As one of four models worldwide to receive that lustrous paintwork, this particular F50 had onlookers and amateur photographers gawking throughout the video. Hampered by prevailing traffic, the Ferrari driver isn’t even going that quickly, and still the F50 sounds like Prost is behind the wheel on Monaco’s long straight.

The F50 isn’t universally loved in the same way as the F40. Jeremy Clarkson even called it a catastrophe (though he’s known for blustering, so take lots of his criticism with a grain of salt). Complaints from contemporary reviewers zero in on the Ferrari’s understeer at the limit and the engine’s direct-to-chassis mounting, which kills any semblance of cabin refinement. But Tiff Needell and others admire the supercar, and regardless of what anyone else thinks, this particular Ferrari F50 still knows how to draw a crowd thanks to its gorgeous, oh-so-1990s styling and the raucous zing of its Tipo F130B V12.