A much-needed refresh for this punchy naked bikeS.

Suzuki recently unveiled the latest iteration of its flagship litre-class naked bike, the GSX-S1000. After not having received a major update in years, fans of the Japanese motorcycle marque were beginning to wonder what the future held for their beloved naked bike. For a while, it looked like the GSX-S1000 had become a dinosaur, as it was the last litre-class naked bike bereft of advanced electronics, and even an LED headlight.

At last, Suzuki has given it a thorough refresh, albeit mostly on the surface. Nonetheless, the release of the redesigned GSX-S1000 has left people eager to comment about what they think of its new styling. While I'm personally a fan of the new bike, it's understandable as to why its angular styling and sharp edges can be a bit polarising. After all, the old bike's rounded, streamlined styling had become something we were so accustomed to. Styling aside, Suzuki has outfitted the new bike with a slew of top-shelf electronic doodads. It now gets throttle-by-wire, as well as a bidirectional quick shifter, Suzuki Easy Start, and low RPM assist.

When it comes to performance, the Suzuki GSX-S1000 resides in the lower ballpark when it comes to 1000cc naked bikes. The new bike gets a slight horsepower boost, now churning out an adequate 150 bhp, as opposed to the old bike's 147 ponies. While this power figure is slightly lower than that of the likes of the Yamaha MT-10 and Honda CB1000R, it's nice to see a slight power bump, in spite of the bike's compliance to Euro 5 emission standards. Suzuki has managed to do this by redesigning the camshafts, mapping, as well as a few other internal components.

The all-new Suzuki GSX-S1000 is expected to begin making its way to the global market soon. In fact, the bike has been launched in the UK, with deliveries expected to commence sometime in June of this year. Suzuki's newest iteration of its flagship naked bike has been priced at £10,999, and will be available in three colourways—Metallic Triton Blue, Glass Mat Mechanical Gray, or Glass Sparkle Black.

In Case You Missed It: 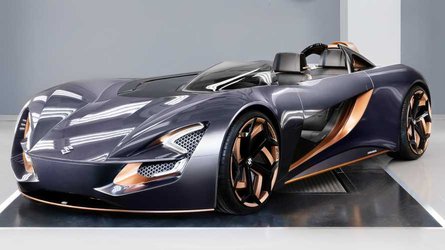 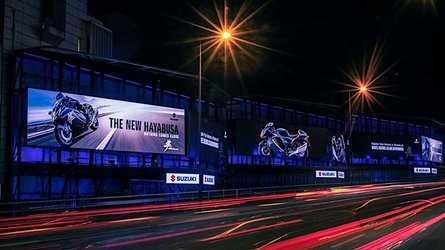