Lamborghini Urus burns beyond recognition due to electrical fire

The owner only got to drive it for eight months before it went up in flames.

Lamborghini delivered 4,391 SUVs last year when the Urus generated more sales than the Huracan and Aventador combined. One of them is no longer on the road as the owner of a matte black example saw it burning right before his eyes on a highway in Taiwan. The fiery incident took place on April 27 on the National Freeway 1 when the LM002's spiritual successor suddenly went up in flames.

According to a report published by Taiwan News, the driver managed to get out of the car safe and sound. As for the Urus, Sant'Agata's Super SUV wasn't that lucky as it burned beyond recognition in a matter of minutes. A tow truck driver attempted to put out the fire using an extinguisher, but it was too little too late to save the high-riding Lambo.

The 29-year-old owner got to enjoy that thunderous V8 engine for just eight months before the Urus burned to a crisp. Initially, he had no idea what caused the performance SUV to spontaneously combust and become nothing more than a collection of molten metal and plastic. Following an investigation done by the Changhua County Fire Department, the culprit turned out to be an electrical glitch.

Citing the local fire department, Taiwan News reports "some sort of short circuit occurred in the right rear of the vehicle, causing a fire that ultimately spread to the fuel tank." An onboard video shot from a passing truck shows the Urus engulfed in flames, while photos of the aftermath published by the Changhua County Fire Department show the modern Rambo Lambo in a sad state. 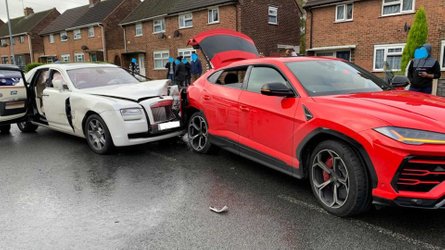 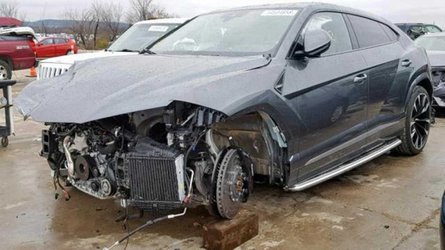 Crashed Lamborghini Urus with 752 miles on sale for £88k

In Taiwan, the Urus carries a starting price of NT$9.99 million or approximately £256,467 at current exchange rates.