Cupra Leon gets new £31,460 entry-level engine from a Golf GTI

Seat’s sporty spin-off brand Cupra has launched a new ‘entry-level’ version of the Leon hatchback that uses the engine from a VW Golf GTI. Slotting in at the foot of the Cupra Leon range with prices from £31,460, the newcomer boasts 241 bhp and a seven-speed, twin-clutch automatic gearbox.

Put simply, that 2-litre petrol engine has been lifted straight from sister company Volkswagen’s latest Golf GTI, and it also powers the Skoda Octavia vRS. But where the Golf is available with a six-speed manual gearbox, the Cupra skips that and goes straight to the automatic. Which means the dash from 0-62 mph takes 6.4 seconds and the top speed is limited to 155 mph.

Oddly enough, that means the Seat-based Cupra has the same top speed as the Golf, but it’s a tenth of a second slower to 62 mph. That could be a coincidence, or it could be a sign that Volkswagen won’t let the upstart sibling beat its golden boy in a game of bar-room Top Trumps. Who knows?

Either way, it’s still pretty quick, no matter which of the two available trim levels you choose. The headline asking price gets you the ‘basic’ VZ1 trim, which still features plenty of creature comforts despite its lowly position in the Cupra Leon range.

As standard, you get 18-inch machined black-and-silver alloy wheels, as well as sports bumpers, black brake calipers and Cupra’s now-trademark chrome and copper interior detailing. There’s a flat-bottomed steering wheel trimmed with perforated leather, too, and you sit in sports bucket seats. At the back, there’s a rear diffuser with four oval exhaust pipes.

Also included in the asking price is a digital instrument display and a 10-inch touchscreen infotainment system with satellite navigation and the Android Auto and Apple CarPlay smartphone integration technology. Four USB-C charging ports also feature, plus cruise control, three-zone climate control and keyless entry. A reversing camera is the cherry on top.

But if you want more, you can always have the VZ2 trim, which starts at £32,695. That money gets you larger alloy wheels and gets you some slightly more aggressive touches, as well as adding Dynamic Chassis Control (DCC) to the spec sheet. In essence, DCC allows the car to be tuned to the driver’s preferences, with driving modes that affect the throttle response, gear changes and steering, as well as the suspension stiffness.

More on other models in the Cupra Leon range: 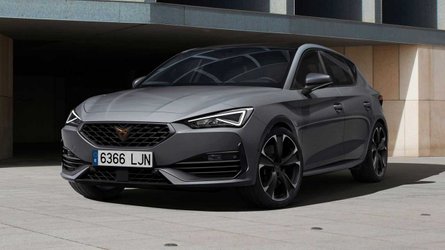 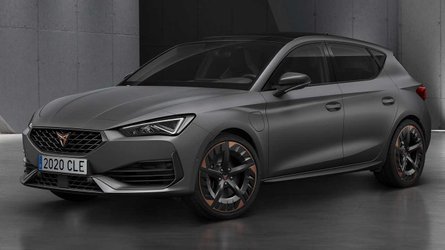