A new instalment of the Fast and Furious saga will hit theatres in the UK on 8 July and the franchise will get two more episodes after that. A number of cool cars will have a role in the movie - a tradition that started with the very first The Fast and the Furious film back in 2001. In the Furious 7 movie from 2015, for example, even the exotic W Motors Lykan HyperSport was featured.

For the making of the movie, the Emirati sports car company founded in Lebanon in 2012 produced 10 examples of the supercar as stunt vehicles. Nine were crashed and destroyed during the filming and only one example survived. This particular car is going to be auctioned by RubiX on 11 May. Pre-bidding is now live until the day before the actual sale.

“We are honoured to be partnering with W Motors to bring this piece of pop culture history to market as the first vehicle NFT in which the buyer will take ownership of the physical asset along with exclusive digital content - this has never been done before in NFTs,” Nithin Palavalli, RubiX CEO, comments. “As NFTs continue to infiltrate different industries, RubiX is pioneering technological advancements that will shape the future of automotive sales and W Motors is the perfect partner to work with to bring this to market.” 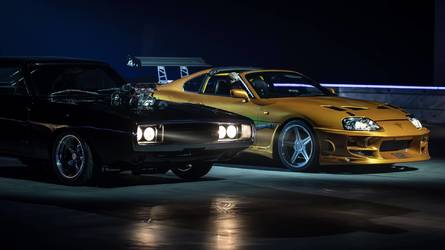 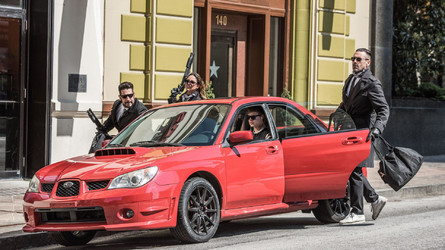 When it was originally launched, the Lykan HyperSport was officially the third most expensive production car at the time. With a price of $3.4 million (£2.8 million) and just seven assembled copies, it was quite an exotic sight. It’s interesting that W Motors actually built more stunt cars than customer cars, though, with only one stunt car still in existence, it’s safe to say this is the rarest Lykan HyperSport in the world.

As a quick reminder, the supercar is powered by a 3.7-litre twin-turbocharged flat-six engine that was developed by Ruf. It generates a peak output of 780 bhp (582 kilowatts) and 708 pound-feet (960 Newton-metres) of torque at 4,000 rpm. The power reaches the rear wheels.