But industry bodies say the DfT is playing fast and loose with its definition of "self-driving".

The government has been accused of “contributing to the confusion” over autonomous vehicles after claiming self-driving cars would arrive in the UK later this year. According to the Department for Transport (DfT), new proposals mean the “first types of self-driving vehicles” could be seen on British roads by the end of 2021, yet industry bodies have warned this is far from the truth.

In a press release, the DfT said vehicles with Automated Lane Keeping Systems (ALKS) could “legally be defined as self-driving” and would be allowed on the roads of the UK later this year. These systems, which will not work at speeds of more than 37 mph, enables a vehicle to drive itself in a single lane in heavy motorway traffic.

That would allow the driver to hand control over to the vehicle, which will constantly monitor speed and maintain a safe distance to other cars. The government claims such technology “could improve road safety” by reducing human error, which contributes to more than 85 percent of accidents.

However, while the government has decided to portray this technology as “self-driving”, it is defined by many in the car industry as a driver assistance system. The car will not be able to perform complex operations such as changing lanes and the driver must always be ready to assume control once more if there is a problem.

There is concern within the motor industry that conflating these admittedly advanced driver assistance systems with autonomous technology could be dangerous for consumers. The Association of British Insurers (ABI) and Thatcham Research, the insurance industry’s research centre, has issued a scathing statement accusing the government of contributing to the “frequent misuse” of assisted driving technology – misuse that can cause deaths.

“There is still a lot of work needed by both legislators and the automotive industry before any vehicle can be classed as automated and allowed safely on to the UK roads,” said Matthew Avery, director of research at Thatcham Research. “Automated Lane Keeping Systems (ALKS) as currently proposed by the government are not automated. They are assisted driving systems as they rely on the driver to take back control.

“Aside from the lack of technical capabilities, by calling ALKS automated our concern also is that the UK government is contributing to the confusion and frequent misuse of assisted driving systems that have unfortunately already led to many tragic deaths. A widespread and effective ongoing communications campaign led by the automotive industry and supported by insurers and safety organisations is essential if we are going to address current and future misconceptions and misuse.”

Edmund King, the president of the AA, warned drivers that ALKS technology was not the same as autonomous driving, claiming there were “gaps” in the system. He also told his Twitter followers the UK should not “race to take drivers’ hands off the wheel”.

But Transport Minister Rachel Maclean said the technology would make the roads of the UK safer and greener, although she said the government would consult on how the rules should be implemented.

“This is a major step for the safe use of self-driving vehicles in the UK, making future journeys greener, easier and more reliable while also helping the nation to build back better,” she said. “But we must ensure that this exciting new tech is deployed safely, which is why we are consulting on what the rules to enable this should look like. In doing so, we can improve transport for all, securing the UK’s place as a global science superpower.” 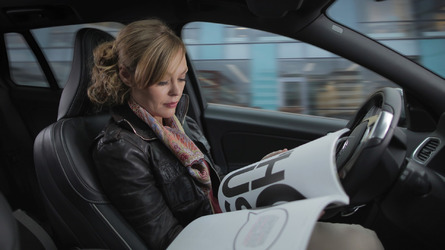 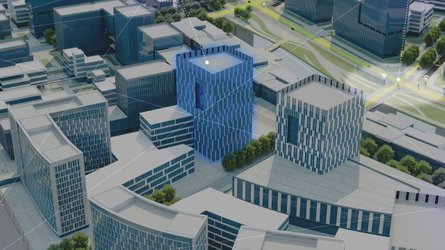