It will be unveiled officially in just a few weeks.

Soon, the Volkswagen Group will have a brand new supermini for its European customers in the face of the all-new Skoda Fabia. Joining the refreshed Volkswagen Polo and SEAT Ibiza, the Czech hatchback will finally switch to the MQB-A0 platform, which will bring many improvements in terms of packaging, efficiency, and technology.

Based on the model’s first official teaser images, our friends at Kolesa.ru have created two unofficial renderings, previewing the final design.

As a typical Skoda product, the new Fabia will be larger than its predecessor. In fact, the 4,107 millimetres long hatch will be just a few mm shorter than the Volkswagen Golf 4, a car that sits a class above the Fabia. The increased dimensions will be combined with a more mature design as previewed in these two renderings, as well as a boot that’s 50 litres larger than before for a total capacity of 380 litres.

Aside from looking a tad more upscale, the new Fabia will also see a significantly reduced drag coefficient from 0.32 to 0.28, obviously benefiting the car’s aerodynamics and thus its efficiency. Probably the most exciting piece of information, though, is that Skoda would offer a flagship four-cylinder engine for the new model. The turbocharged 1.5-litre TSI unit will deliver 148 bhp (112 kilowatts) and 184 pound-feet (250 Newton-metres) of torque and will be offered exclusively with a DSG automatic transmission. A Fabia estate is also in the cards with a market launch scheduled for 2023. 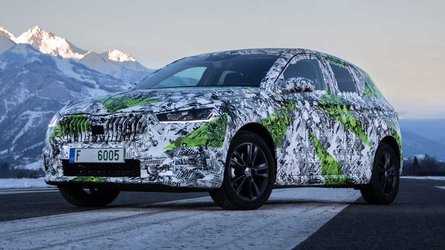 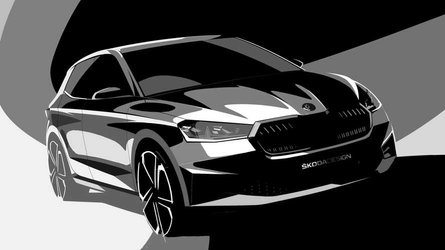 The very base models will be sold with an archaic 1.0-litre MPI naturally aspirated three-cylinder engine mated to a five-speed manual gearbox. Above that, a 1.0-litre TSI engine will offer more power and an optional DSG gearbox in the more powerful of the two announced configurations. As expected, the new Fabia won’t be available with a diesel engine following the TDI’s discontinuation with the facelift of the previous-generation model.