Now that is a work of art!

Wooden art is usually limited to simple figures and toys, but that doesn’t mean this material has limited possibilities. When in the hands of someone who knows his craft, wood can be transformed into an absolute piece of art. And in this case, it’s a working mechanical piece of art.

We’ve seen plenty of brilliant wooden cars - including a Ford Ranger with a realistically working suspension - but we haven’t seen anything like this before. The video you see at the top of this page, courtesy of the Generic Woodworking channel on YouTube, shows a realistic mechanical model of a car with nearly every detail made out of wood. And we are talking about a model with an engine, brakes, steering, and drivetrain.

According to the video description, this car took its creator about 300 hours to draw and build. Currently, there are no plans for production or something, though the woodmaster says “I might make them if the demand is high enough.” A production wooden car - fantastic! 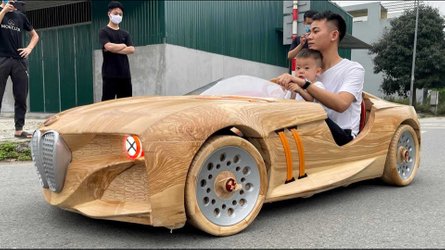 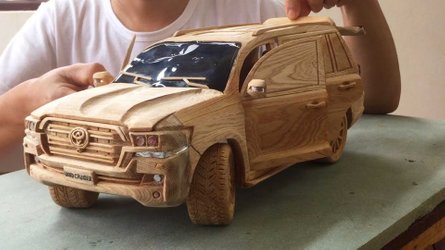 This bloke carved a Toyota Land Cruiser out of wood

Powering this model is a 0.169-litre V8 engine mated to a three-speed gearbox and an open differential. It has a front mid-engine configuration with the cross-plane V8 positioned behind the front axle. We'd love to see this engine dynoed.

But that’s not nearly everything. As you can see from the video, the wooden car has a working hydraulic brake system with rear disc brakes. There’s also a realistic rack and pinion steering system that controls the front wheels plus, last but not least, a hydraulic dual-piston clutch.

This could very well be the most impressive wooden car we’ve seen. It’s a little surprising that it hasn’t received the attention it deserves so far with only about 178,000 views on YouTube in 15 days. In our eyes, it does deserve to be more popular, and let’s hope it will gather enough demand to warrant a production series.