The engine was detuned to 900 bhp for this phase of testing.

Progress is being made on what could be the third production car to break the 300-mph barrier. Hennessey Performance is exploring the aerodynamic properties of its Venom F5 hypercar in real-world situations and recently completed the first of three evaluation phases, achieving 200 mph in the process.

The testing began in February at Hennessey's facility in Texas before moving to a former US Air Force facility in Arkansas. Utilising a 2.2-mile runway, Hennessey Performance Chief Engineer John Heinricy was able to reach the milestone without any reported issues from the long-awaited F5. For this stage of testing, the twin-turbocharged 6.6-litre V8 engine was dialled back to just 900 bhp (671 kilowatts) – approximately half of the 1,817 bhp (1,355 kW) for which the insane mill is rated.

"Every part of our development programme is focused on making the Venom F5 the best it can be before customer deliveries start towards the end of this year," said Heinricy. "Our next phase is the most intense, concentrating on the car’s driving characteristics. We’ll split our testing between race tracks and Texas roads as we harvest data, refine every element, and perfect this monster of hypercars."

Hennessey Performance says the first phase wrapped up successfully. With phase two concentrating on handling and driver feedback, the plan is to visit several race tracks including notable venues like Laguna Seca and Circuit of the Americas. Testing will also occur on a range of public roads to gather data, and while Hennessey will "unleash" the powerful V8 engine, its full potential won't be explored until the fall in the final testing phase. That's when acceleration, high-speed stability, and braking will be tested. Presumably, it's also when top speed runs will be conducted.

The F5's journey so far: 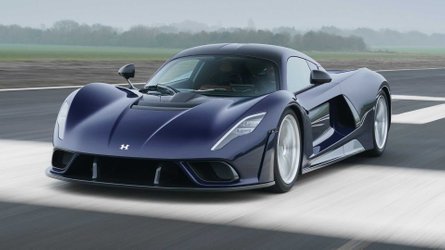 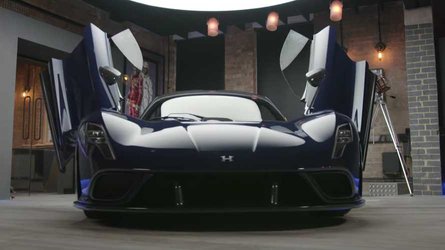 Both Bugatti and SSC have beaten Hennessey to the 300-mph mark, though not without controversy surrounding each attempt. The Chiron Super Sport 300+ was first, clocking a speed of 304 mph in prototype Longtail form. However, the speed was unofficial as it only made a pass in one direction, meaning potential effects from elevation changes and wind speeds could not be canceled out. Additionally, the production version will be electronically limited to a top speed of 273 mph.

As for SSC, the Tuatara shocked the motoring world in October 2020 by claiming an official top speed of 316 mph, including a pass that saw the hypercar reach a staggering 331 mph on its return run. However, it was later revealed that footage of the run wasn't entirely accurate, and the company that supplied speed-measuring equipment didn't confirm the data, casting a shadow over the validity of the attempt. SSC followed up with a run on a much smaller stretch of tarmac and achieved a combined speed of 282.9 mph to unequivocally take the title of the world's fastest production car. SSC is currently planning additional runs to surpass 300 mph.

Hennessey is targeting 311 mph for the Venom F5, and if things stay on schedule, that could well happen in the fall.