Is that a right-hand drive prototype?

The next-gen Ford Ranger is deep into development. This video catches four camouflaged examples on the road, including a rare glimpse at the SuperCab variant.

The clip captures the Rangers driving down a suburban street. They're under heavy camouflage that includes covering over the door handles. Two of them have an extra panel behind the rear window that extends the appearance of the pickup's cab.

The Aussie version of the Ranger looks identical to the examples testing in the United States. Under the cover, it appears the truck has a chiselled design. There are vertically oriented headlights and matching taillamps.

Inside, the Ranger allegedly adopts Ford’s SYNC4 infotainment system with a 12.8-inch vertical display. The driver gets a  10.25-inch screen for the digital instrument cluster.

The new Ranger reportedly gets a plug-in hybrid powertrain that uses a turbocharged 2.3-litre engine as the ICE component. It reportedly has an impressive output of 362 bhp (270 kilowatts) and 502 pound-feet (680 Newton-metres) of torque. It would hook up to a 10-speed automatic gearbox. 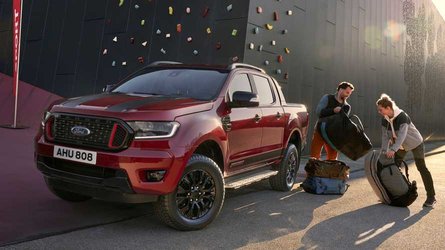 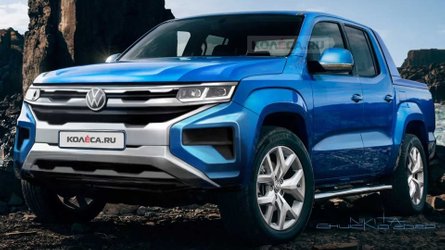 As part of a deal between Ford and Volkswagen, the next-gen Amarok pickup gets the same platform as the Ranger. Look for them both to debut in 2022.