The Minor nameplate was used by Morris until 1971, but it could be revived for a new smaller Mini model.

Mini is a brand name owned by BMW, but none of the vehicles sold under the brand are particularly mini. The hatch has grown with each of its three modern iterations, so it makes sense for Mini to launch a smaller model that will be closer in size to the original. The best part is that it will not only try to recapture some of the original’s simplicity, but it will also probably be a pure EV.

According to Autocar, this new smaller model is expected to be called the Mini Minor, reviving a decades-old nameplate last used on the Morris Minor (built from 1948 to 1971). The source also points out that the Minor, along with all future Minis, will ride on a new chassis architecture called FAAR that was announced back in 2017.

And since it will be quite a small vehicle, we shouldn’t expect it to feature a battery pack any bigger than 35 kWh, with a WLTP range that will be around 150 - 170 miles. Power output would be around 135 bhp, although there may be an S model planned with more than that.

The Mini Minor will most likely be built in China, thanks to BMW’s joint venture with Great Wall, in a new factory called Spotlight that is currently being erected in Jiangsu province. The source doesn’t mention a specific time frame for its launch, but it shouldn’t be more than three years away (possibly less).

The same report also confirms that the recently revealed Pacesetter concept will spawn a less dramatic looking production version. However, we have no other information about it right now other than the fact that it will be fully-electric (and front-wheel drive); it will bear a John Cooper Works badge and it should be revealed before the end of the year or in early 2022 (it will be a kind of last hurrah for the current generation hatch that will be replaced by an all-new model one year later).

There’s also a third model mentioned, although we have covered it before: a larger SUV/crossover model that will sit above the Countryman, or it could replace it completely. The Clubman model could be turned into more of a crossover for its next generation, so there may not be a need for the countryman any more.

Finally, all these new models will adopt a radically different design philosophy. Curved areas will be abandoned in favour of flatter, simpler surfaces, the signature clamshell bonnet will probably be ditched and interiors will most likely not feature the now familiar toggle switches. There will be a concerted effort within the team of designers and engineers to improve the packaging of all these new Minis so as to improve the space inside.

Mini wants to quickly switch to EVs, by 2030 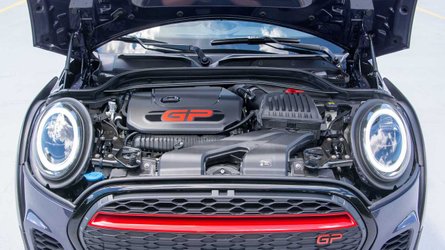 Mini to launch last car with combustion engine In 2025 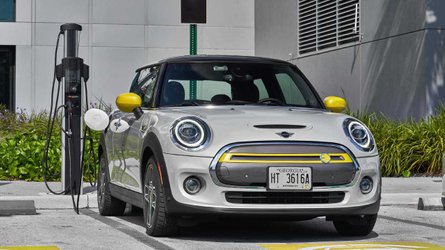 BMW's Mini could kill the combustion engine by 2030