Customers get a choice of petrol and mild-hybrid powertrains at first, but full hybrids and plug-in hybrids are on the way.

The sportily styled new Hyundai Tucson N Line will cost just over £31,000 in its cheapest guise, Hyundai has confirmed. So far, the South Korean manufacturer has only confirmed pricing for the petrol and mild-hybrid versions of the new two-tier N Line range, but full hybrid and plug-in hybrid variants are expected.

For now, the N Line range will kick off with the ‘standard’ 1.6 T-GDi petrol-powered N Line model. With a list price of £31,110, the model will sit high in the overall Tucson line-up, and will be set apart by its edged ‘jewel’ front lights, N Line grille and redesigned bumpers. The sporty look is continued by a larger spoiler, a rear diffuser and twin-tip exhaust pipes, not to mention the 19-inch alloy wheels.

Inside, the N Line comes with N-branded sports seats covered in black suede and leather, as well as red stitching. That stitching is continued on the doors and arm rests, while there are red accents on the dashboard. There’s a dedicated N Line steering wheel, too, and black roof lining hangs over the metal pedals, foot rests and door steps.

The standard engine is a 1.6-litre turbocharged petrol unit that produces 148 bhp and comes with a six-speed manual gearbox, but buyers can choose a mild-hybrid version of the same engine. That ‘MHEV’ unit offers identical power, but it comes with a seven-speed automatic gearbox as standard and it’s expected to be more economical.

On the other hand, buyers can choose to spend their money on the N Line S trim, which costs £32,200 in 1.6 T-GDi guise. Opt for that and you’ll get three-zone climate control, a tilt-and-slide electric panoramic roof and a power-operated tailgate, plus a heated steering wheel and a Krell sound system. There’s extra safety tech, too, including a blind-spot warning system that’s designed to warn you if a vehicle is lurking in the hard-to-see areas over your shoulders.

The S version also opens up the option of a more powerful 178 bhp mild-hybrid powertrain, which comes with a seven-speed automatic gearbox and four-wheel drive. If you don’t want to cough up £36,465 for that, though, you can have one of the other two engines instead.

More on the new Tucson: 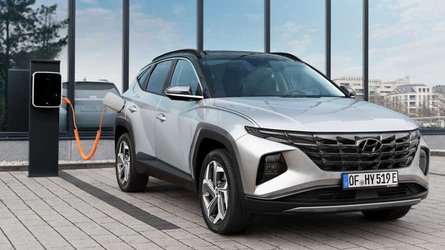 Plug-in hybrid Hyundai Tucson comes in at just over £39k 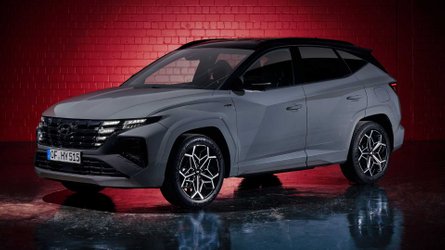 “As one of our most popular models, we’re delighted to be able to confirm pricing for the latest addition to the Tucson line-up,” said Ashley Andrew, the managing director of Hyundai Motor UK. “N Line and N Line S models build on the well-equipped, wonderfully designed and hi-tech groundwork of Tucson with a package of performance-inspired styling editions and an expanded list of luxurious standard equipment – all at a price that, we believe, is better value than rival products.”