The four-time world champion has just signed a deal to become an ambassador for Austrian water treatment company BWT, which is pushing a number of sustainability projects.

It wants to cut back on single-use plastic bottles around the world by expanding the use of water treatment facilities so more clean tap water is available.

Vettel’s partnership with BWT includes him wearing an iconic pink helmet design and it gives a nod to the environmental push by carrying the message: ‘Change the world, sip by sip.’

While the change of helmet design is a big departure for Vettel, who has famously carried a stripe featuring the colours of the German flag for years, he insists it is a good thing to do as it will raise awareness for the campaign.

Speaking about the change, Vettel said: “I don’t have any pride in my way to stick to the German flag. The design is similar, and the core is still the same, but obviously the message is clear.

“The team has a history as well with BWT, it’s not just a strong partnership for the team, but I think strong technology behind, making drinkable water accessible to places that would normally struggle, and not just those places, but also any other places.

"I have something, I have the technology at home. I don’t use plastic bottles any more, so you avoid plastic rubbish.

“I think Formula 1 is pushing very hard to get rid of plastics in the paddock. I’ve been doing my best the last couple of years, so I think there’s just solutions out there and companies such as BWT delivering those type of solutions, and we all should thrive and have to thrive for a better world and better future.

“I think the main thing is to create an awareness. It’s a small thing, to paint your helmet in a different colour, but it reaches quite a lot of people, so I’m happy to hear that you noticed.”

Vettel may tweak the design over the course of the season, however, after being spotted in testing with a pink design that also incorporated the colours of the German flag. 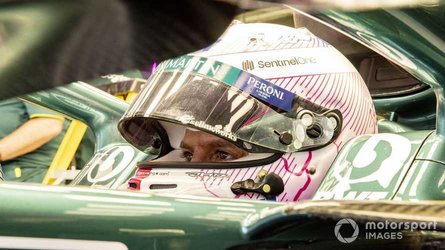 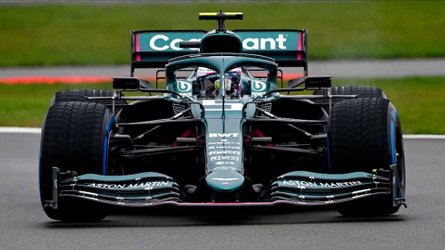