No prizes for guessing the end result.

Bank robberies herald a strategy that’s either completely half-baked or precise beyond measure. Falling under the half-baked category, a Texas man – from Lubbock, to be exact – was recently sentenced to 20 years in federal prison for robbing a bank using a BMW loaner. However, there’s much more than meets the eye with this case.

According to court documents, Eric Dion Warren, 50, was in the process of finalising the purchase of a BMW vehicle in the summer of 2019. After driving to the bank in his BMW loaner, he walked up to the teller and proceeded to place a fast-food bag on the counter, along with a note that silently announced his intentions of robbing the bank. The message read: “This is a f****** robbery. Play with me and die. I want $10,000 in $50 and $100 bills, now you get 1 minute or I will kill you.”

After slipping the note to the teller, he pulled out a pellet gun, which was painted to look like a real firearm. Following the tirade at the bank, he returned to the BMW finance department with $3,000 cash as a down payment – according to employees at the dealership, he was waving the cash around, almost flaunting it.

Rather unsurprisingly, the dealership received a phone call informing them of the recent robbery that had taken place. Swiftly realising that Warren’s vehicle matched the description of the Bimmer used in the robbery, one of the employees called the police.

Catch me if you can: 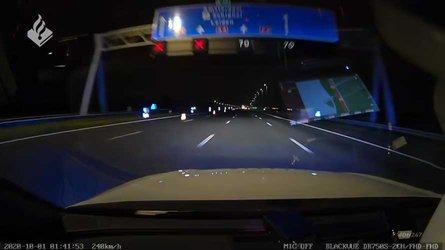 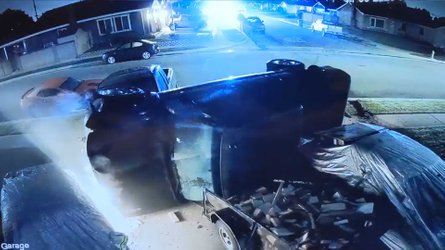 After he was apprehended, the authorities found over $5,000 with him along with the painted pellet gun. Court documents reveal that the serial numbers of the money found on his person were cross-referenced and matched the numbers of the bills stolen from the bank. After pleading guilty to the charges against him, Warren will serve a 20-year sentence, the statutory maximum for his charges.