Alpine has taken the covers off its grandfathered LMP1 car for its move to the top class of the FIA World Endurance Championship.

The Gibson-powered Alpine A480 will go up against a new breed of Hypercar contenders run by Toyota and Glickenhaus in the six-round WEC season, which will get underway at the Spa-Francorchamps circuit in May.

The A480 is essentially a rebadged version of the Oreca-built Rebellion R-13 fielded by the Swiss watch maker until its exit from motorsport at the end of 2020, but Alpine intends to develop the car throughout the year with the French chassis builder.

The Renault-owned brand is continuing its partnership with the Signatech team with which it took three LMP2 class wins at the Le Mans 24 Hours, including two in a row in 2018-19.

Nicolas Lapierre, who was a part of Signatech Alpine squad during each of its three Le Mans successes, will reunite with the team after a one-year absence alongside Andre Negrao and fellow Frenchman Matthieu Vaxiviere.

Lapierre last raced an LMP1 car in 2017 as part of a two-race cameo in Toyota’s third TS050 Hybrid at Spa and Le Mans.

Negrao has been a regular at Alpine since 2017 in the LMP2 class, while Vaxiviere returns to the WEC full-time after largely sitting out the 2019/20 season.

“Happy and proud to be with you today for the World Endurance Championship season launch,” Groupe Renault CEO Luca de Meo said.

“We are very proud to be presenting the Alpine A480 to support our collars in the brand new Hypercar category, the very best of endurance racing.

“Taking up this new challenge shows how ambitious we are. Alpine has been back in endurance racing since 2013 and we’ve climbed our way season after season.

“Last time we won the ‘queen category’ was in 1978. That’s quite a challenge to live up to but I’m fully confident that the new A480 will rise up to it.” 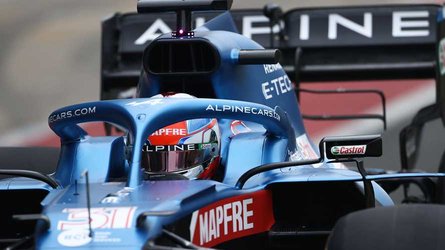 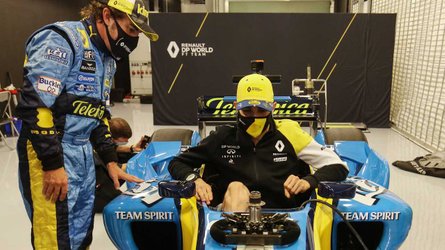 Alonso and Ocon to get equal status at Alpine F1, insists Rossi 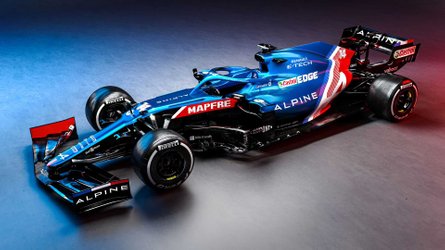