Sadly, not everyone loves off-road riding.

Drones are pretty nifty gadgets that have a plethora of practical applications in the modern age. Apart from capturing absolutely stunning footage which would otherwise require a helicopter, or throwing your camera up in the air hoping to capture decent footage, drones also have a more tactical use in terms of law enforcement.

In the United Kingdom, police have begun using drones to ensure the peace and order of rural areas which have been disrupted by folks illegally practising the exhilarating sport of enduro riding. Yes, as sad as it may seem, not everyone loves the sport of off-road riding. Understandably so, as just because you have the latest and greatest enduro machine, doesn't mean that the entire world is now your playground. As it would turn out, a lot of the United Kingdom's sprawling hills and forests are private property. In fact, reports suggest that out of the 12,120 square miles of forest in Britain, nearly 70-percent of it all is privately owned.

Additionally, numerous complaints have been filed regarding the excessive noise produced, especially by two-stroke off-roaders charging through the otherwise tranquil landscape of the countryside. While it may seem like a good idea to explore the great unknown aboard your trusty enduro, it may be best to double-check where you're going by asking the friendly locals if it's legal to ride in a particular area. As it would turn out, the penalty for illegal enduro is pretty hefty.

In Nottinghamshire in particular, motorcycle riders apprehended for illegal off-road riding can face confiscation of their motorcycles. They'll never get their bikes back, either, as the police will then have all confiscated motorcycles crushed—quite a hefty price to pay. So there you have it, next time you plan to go out for an enduro ride, it may be beneficial to head over to one of the many dirt bike parks in the UK to avoid being hassled by the flying police patrol.

In case you missed it: 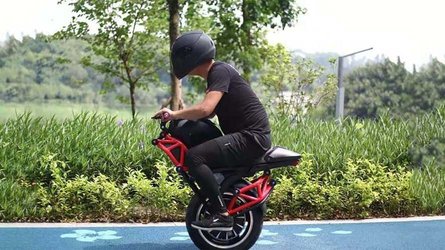 This weird electric motorcycle only has one wheel 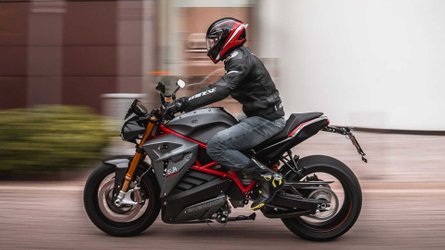