Strangely, the Model S' third row appears to be forward-facing.

Crossovers and SUVs are all the rage in the States. However, Tesla's best-selling car is the Model 3, though it brought the Model Y to market to satisfy the demand for crossovers and vehicles with an available third row. Eventually, the Model Y is expected to outsell the Model 3, and that may already be happening, but Tesla doesn't share complete sales data.

With that said, you may remember that the Model S used to offer rear-facing third-row jump seats for children. Over a year ago, Tesla CEO Elon Musk said the upcoming production Model S Plaid would have seven seats, but that's not currently an option on Tesla's website. It sure would be outstanding if Tesla offered a three-row Model S Plaid, since it would have literally no rivals.

If you watch the video at the top of the page, Ryan Shaw briefly talks about the refreshed Model S' potential third-row seats as they appear on the screen. Tune in around the 5-minute mark. It's important to note that Shaw is discussing and sharing footage from drone photographer Gabeincal. We shared his recent video the other day, but we've also embedded it below as the original source. Watch the video starting at 4:10.

Unless we're imagining things, it seems pretty clear to us that the Model S in the video has two seats under the hatch. If you look at the other Model S saloons parked near it, there are no seats back there. Perhaps even more interesting is it looks like the seats are forward-facing, much like the optional third row in the Model Y crossover.

We aren't willing to speculate on details, since nothing has been officially revealed by Tesla or Elon Musk. However, it will be interesting to learn all the details in the near future. 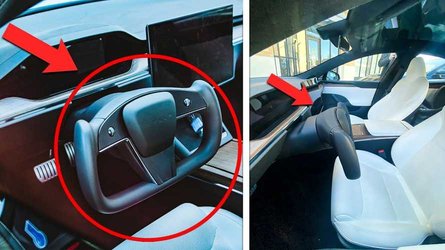 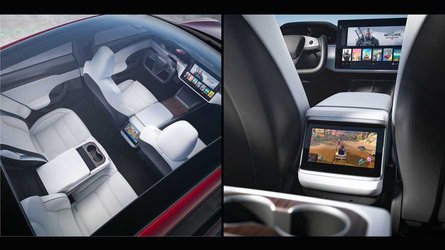