It's only for India.

Skoda keeps expanding its global SUV family and the next addition to the lineup will be the Kushaq. Basically a production version of the Vision IN concept from 2020, the crossover will be sold exclusively in India and will be produced in the country with 95 percent of the components built locally.

Last month, Skoda released the first sketches previewing the exterior design of the Kushaq. Today, the Czech manufacturer is letting us take a look inside the cabin through two teaser images. Our first impression is that this will be a typical Skoda product with a focus on spaciousness and smart solutions.

The automaker seems to be especially proud of the free-floating centre display for the infotainment system. Under the 10-inch screen, there’s a decorative panel which Skoda calls “character line” that spans from side to side and is echoing the symmetrical contours of the vehicle’s radiator grille. The company promises “generous space” and “numerous storage options” inside the cabin.

Based on the MQB-A0-IN version of the Volkswagen Group’s Modular Transverse Toolkit specially adapted for India, the Kushaq will be positioned as a mid-size crossover, though that’s according to the local market’s segmentation. In fact, the model will be roughly the same size as Europe’s Kamiq. 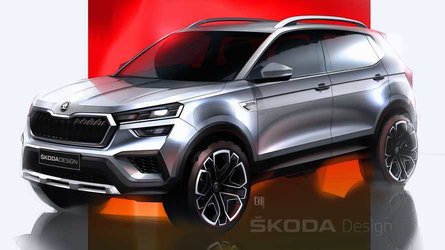 2021 Skoda Kushaq sketched out ahead of 18 March reveal 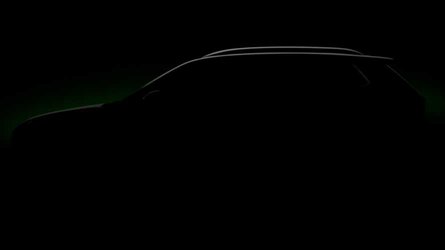 The engine portfolio will be shared with the Kamiq too, which means there will be two TSI options - 1.0-litre and 1.5-litre engines with three and four cylinders, respectively. A six-speed manual gearbox will be offered as standard, while a seven-speed dual-clutch automatic should be optionally available for the more powerful unit.

Skoda will unveil the Kushaq in full on 18 March, when it will become the brand’s fourth regional model after the Kamiq GT and Kodiaq GT sold in China, as well as the China-spec Kamiq, which is different from the Euro model.