Watch Tesla Model Y pull out in front of Mercedes on highway, cause crash

The rear-facing on-board camera caught it all and it looks like the Tesla driver was at fault.

Changing lanes on the highway should really be done with caution, making sure no speeding cars are approaching, because their speed can often surprise you.

You really can’t quite judge how much quicker cars in other lanes are travelling (especially at night); if you pull out in front of a car that’s moving much faster than you, it is the recipe for a massive high-speed crash, which is exactly what happened in this video (although, luckily, nobody was hurt).

Now we don’t know what the backstory, but the driver of the Tesla Model Y changed lanes right into the path of an oncoming older Mercedes-Benz. The Mercedes driver didn’t react immediately, but when that did happen, it was already too late and contact between the two vehicles was inevitable.

Based purely on what we saw in the video, it is the Tesla driver who is at fault here. He should not have changed lanes when another vehicle was approaching. It could have also been the car’s fault, if it was driving itself on Autopilot, but we saw no mention made about that - the Tesla clearly indicates its lane change in advance. 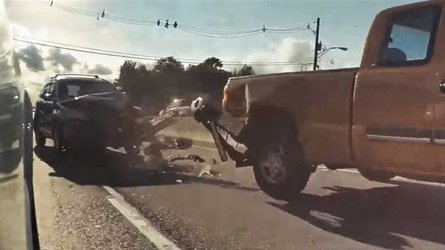 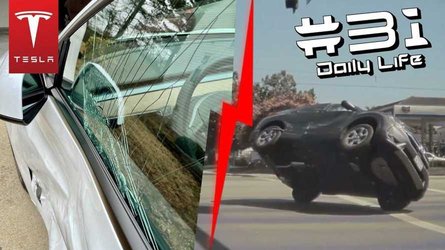 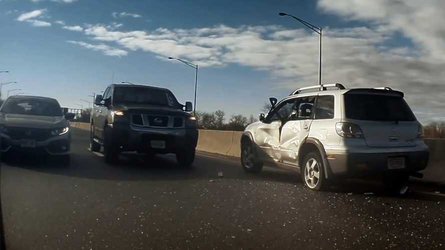 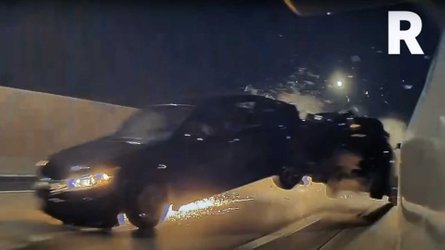