The German Autobahn has become the go-to road in the world for those looking to test a vehicle’s top speed. Portions of the famous highway allow for unrestricted speeds, allowing sports cars and other high-powered machines the opportunity to achieve astonishing speeds on a public road. That includes something as old as a 2004 Nissan 350Z, which recently hit the famous highway on the CarRanger YouTube channel.

The 17-year-old car has an impressive spec sheet. Power comes from a 3.5-litre V6, pumping power to the rear wheels through a six-speed manual gearbox. New, the engine produced 276 bhp and 268 lb-ft of torque. The video shows the car attempting several 62 to 124-mile-per-hour sprints, taking an average of 18.4 seconds to bridge the two speeds. It also hits an impressive 155 mph on the road. 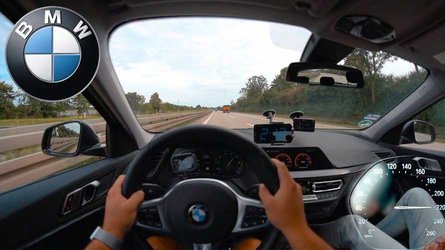 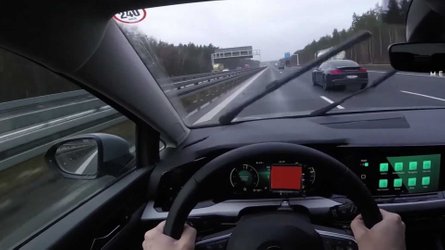 The video also showed how the 350Z stacked up to others the channel has tested in the 62-124 mph test, including the Volvo 850 T-5R, which needed 18.9 seconds, and the Audi S5 V8, which did it in 14.8 seconds. The Ford Mustang did it in an astounding 11.9 seconds, which the Nissan trailed significantly. However, it is 17 years old, so we should give it a break.

Nissan has moved on from the 350Z to the 370Z, though the Japanese company has teased the 370’s successor. Details about the new model are still under tight wraps, though we do know it’ll pack a twin-turbocharged V6. However, Nissan hasn’t confirmed it, though photos have shown the new Z car sporting the 3.0-litre unit that powers the Infiniti Q60 Red Sport.

In the Infiniti, the engine makes 400 bhp. That doesn’t sound impressive, but the new Z should weigh in around 1,600 kilograms, undercutting other sport coupes like the Ford Mustang and Chevy Camaro.