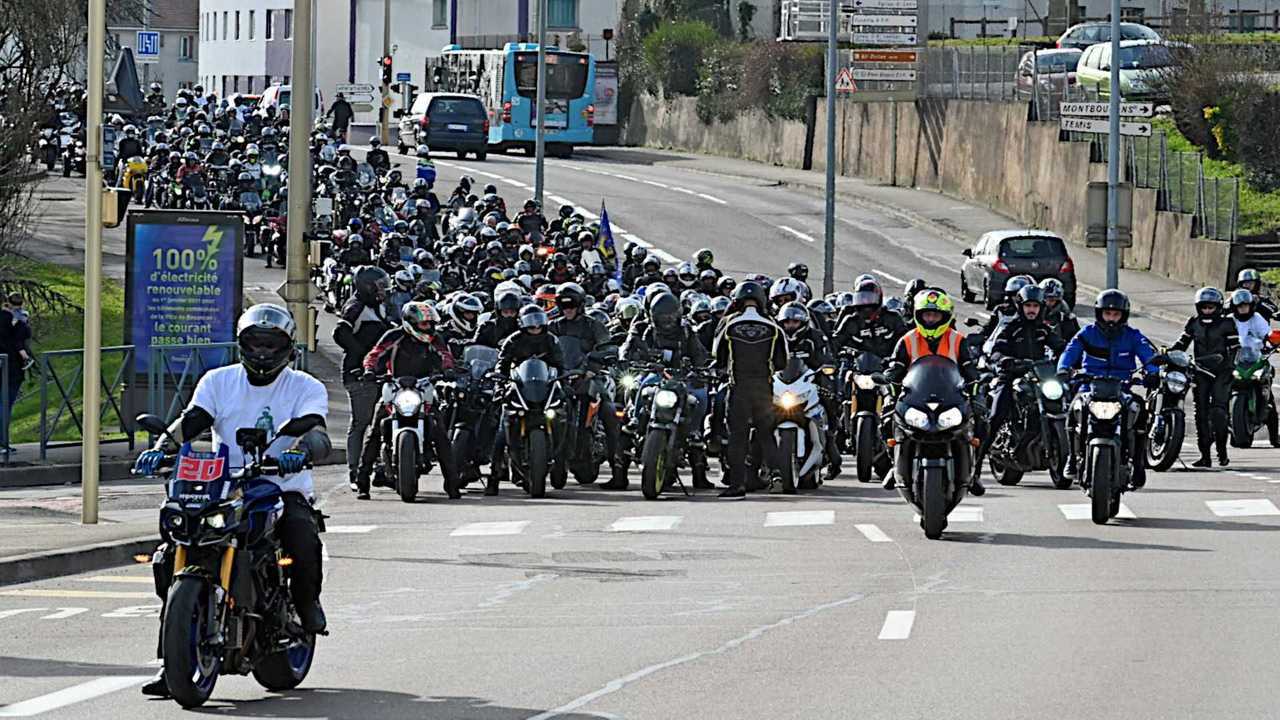 French study led to an official ban with punishments, angering many riders.

If you’re a rider in favour of lane-splitting, and you live in France, you may be pretty angry right now. Over the weekend of 20 February 2021, thousands of riders using the hashtag #MotardsEnColere, or #AngryBikers, protested France’s new ban on lane splitting throughout the country.

Following the disappointing results of a five-year French lane-splitting observational study, the national government decided to take a harsher stance on this previously grey area. In the years prior, lane splitting wasn’t explicitly legal, but it was broadly tolerated—and more importantly, was not punished.

Certain roads explicitly allowed the practice of lane splitting during the five-year length of the study. However, as of 1 February 2021, it is now officially banned everywhere in France. Violators face the prospect of €135 (approximately £118) fines, as well as three points on their licenses.

Bikers in favour of lane-splitting had hoped this study would end with results in their favour—but it didn’t. Instead, researchers saw an approximately 12 percent increase in crashes related to lane-splitting over that five-year period, and the government announced these new punishments. Twenty days after the ban went into effect, French riders took to the streets in cities all over the country, including Paris, Lille, Toulouse, and Lyon following a call to action from motorcycle user group Federation Française des Motards en Colère.

Although the practice of lane-splitting was never officially legal, riders are concerned that enforcement will go up now that explicit punishments have been spelled out. Prior to the study, riders could usually get away with carefully splitting, but now they fear a crackdown, and they’re not happy about it.

CEREMA, the organisation that conducted the study, suggested that further research is needed to make the practice safer. However, it’s unclear whether that research will ever happen. It’s also not clear whether these angry French biker protests were a one-time event, or if they’ll continue until the country reconsiders its lane-splitting ban.

Perusing the #MotardsEnColere hashtag yields a number of photos and videos from the 20 February protests, from various locations. It’s not clear how many riders participated, but estimates are in the thousands, and there were definitely more than just a few. It also remains to be seen what effects the events in France may have on lane splitting legislation elsewhere in the world.

Lane splitting in California finally legal, but can't happen yet