2022 BMW X4 facelift spied in detail, inside and out 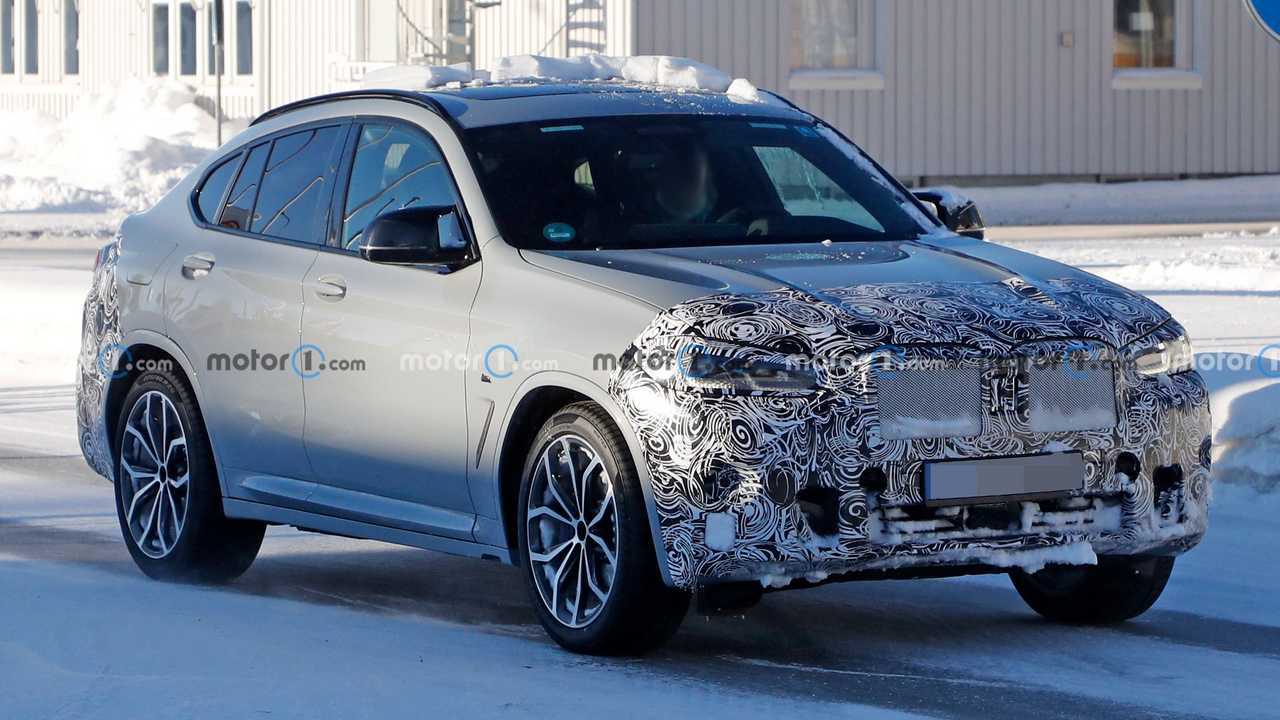 Smaller lights outside, bigger touchscreen inside.

Our first taste of the refreshed BMW X4 came in September 2020. Since then, there hasn't been much change in the level of camouflage but then again, test vehicles aren't wearing very much to begin with. The updates are relegated to minor tweaks at the front and rear, but these latest shots give us our first look inside the crossover. Yes, there are minor changes there as well.

In fact, we'll start our journey inside where we catch some notable differences. It's not a complete re-write, as the door panels and overall dash layout look the same. There's a digital instrument panel behind a steering wheel that shows just a few stylistic differences on the spokes. The centre stack is mostly concealed by covers and testing gear, but the infotainment screen is slightly larger. We also see a redesigned centre console with a small shift stalk, but at least a defined shift stalk is still part of the formula.

As for the exterior, camouflage is still heavy around the grille but the latest shots get us closer than ever for an extremely detailed look. We know new headlights are coming, and they're slimmer with an ode to the lenses on the updated 5 Series saloon. As for the grille, it looks like BMW will keep a relatively small kidney as opposed to the polarising design on the 4 series. Minor changes to the front fascia are likely, and the grille might stretch a little bit in size but don't expect anything drastic. The same can be said for the rear, which also gains updated lights.

Powertrain options are expected to carry over throughout the model lineup, though there's always the possibility of a change in engine mapping to dish up a bit more power. Small suspension adjustments might show up as well, but again, nothing extraordinary.

Look for an official reveal later in 2021.