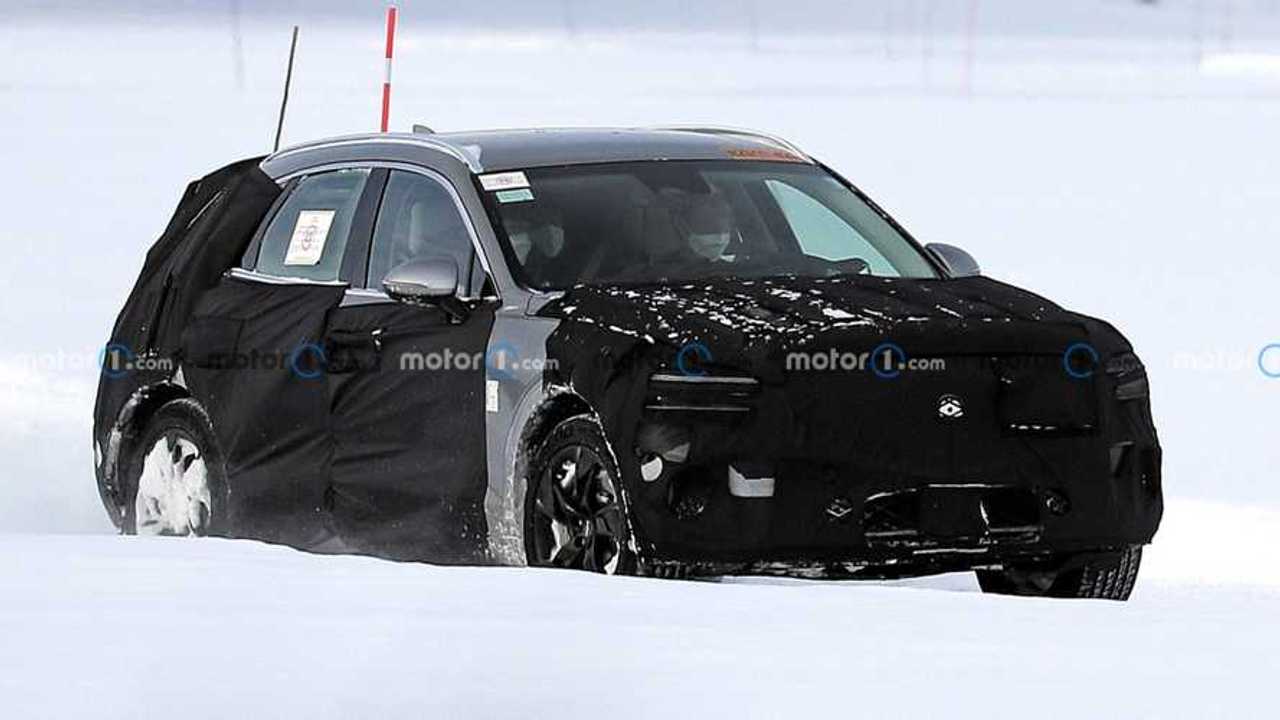 A recent trademark filing suggests Genesis is actively working on a number of electric vehicles. The premium automaker even confirmed officially a zero-emission crossover is coming later this year and apparently, there’s even more in the cards. A new set of spy photos hints at more all-electric utilities from the company.

What you see in the gallery below is, most likely, the Genesis GV70e - or, at least, an early prototype of the electric SUV. The test car looks very similar to the one we spied earlier this month, though this one doesn’t even have number plates. The reason for that is that these new spy shots come from a frozen lake in Sweden, which doesn’t classify as a public road.

While cloth camouflage is obstructing our view of the front end, it’s a safe bet to say the GV70e will feature a closed-off version of Genesis' current grille. This is a recipe the automaker will most likely adapt to all its upcoming EVs. Elsewhere, the electric SUV will borrow styling elements from the conventional combustion-powered GV70, including its split taillight setup.

Unfortunately, not much is known about what’s hiding underneath the skin. We do know the vehicle will be based on Hyundai’s new Electric-Global Modular Platform, which will underpin many upcoming EVs from Hyundai, Kia, and Genesis. In the case of the GV70e, we expect it to be tuned with performance in mind, probably sacrificing the range at a single charge to a certain extent. The architecture is capable of driving ranges of up to 310 miles so it’ll be interesting to see what this luxury SUV will offer.

We can’t tell whether Genesis will unveil the GV70e this year, though a recent report from South Korea suggests, if everything goes as planned, we’ll see the production model before 2022. Stay tuned as we expect to see more prototypes testing, as well as, hopefully, first teaser images.