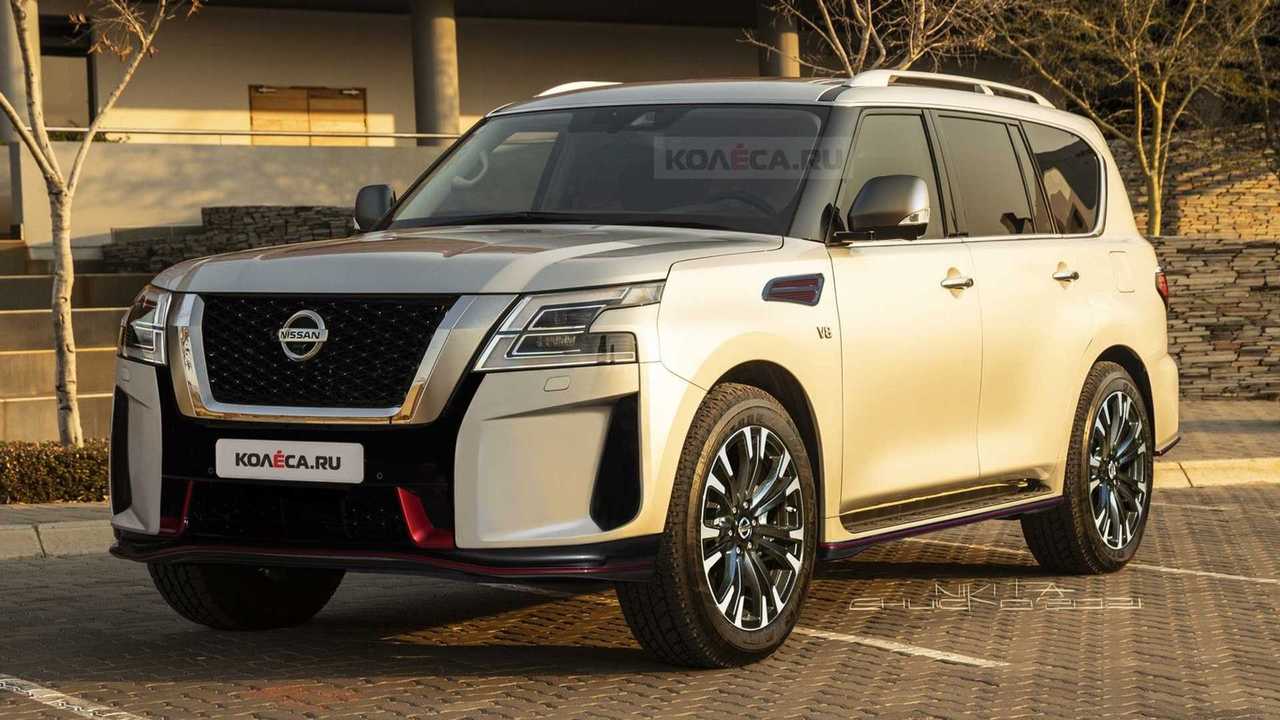 It could be the last update for the aging SUV.

The Middle East is the place to be if you're a Patrol fan as the reputable off-roader is sold over there by Nissan in multiple flavours. Aside from the current sixth-generation model (Y62), the body-on-frame SUV is also available locally as the Patrol Safari based on the previous-gen iteration (Y61) that traces its roots all the way back to 1997.

Launched towards the end of 2015, the Y62-based Nismo performance derivative has yet to receive its facelift even though the normal Patrol was facelifted in the latter half of 2019. Recent spy shots from the Middle East strongly suggest the updated version will be released soon considering Nissan was seen conducting a photoshoot of the speedy SUV. Based on that camo-free vehicle, our friends at Kolesa have now rendered the 2022 Patrol Nismo.

Joining the Juke Nismo and other Nissan SUVs with upgrades from the performance division, the Patrol Nismo will adopt the styling cues first seen on the regular ladder-frame SUV. These will include redesigned headlights and taillights shared with the US-spec Armada, along with the latest take on the corporate V-Motion grille.

The facelifted version will also bring some changes to the front bumper design by adopting larger air intakes to lend the Patrol Nismo a meaner stance. At the back, it will soldier on with the quad exhaust system, while the large 22-inch RAYS forged alloy wheels are going to be carried over from the pre-facelift model.

On a related note, the 2022 Patrol Nismo has been caught once again ahead of its official reveal. This time around, the go-faster SUV was seen in broad daylight being loaded onto a trailer, presumably after another photoshoot. It’ll retain the subtle red accents of its predecessor from which it’s expected to inherit the 428-bhp V8 naturally aspirated engine.

The premiere could take place in the coming weeks or months seeing as how Nissan has been spotted on different occasions shooting ads for the revised model. Once again, we're expecting the Patrol Nismo to focus on the Middle East where the tough SUV is still popular despite its age. An all-new Patrol is coming later this decade and it could share the platform with the next-generation Mitsubishi Pajero.