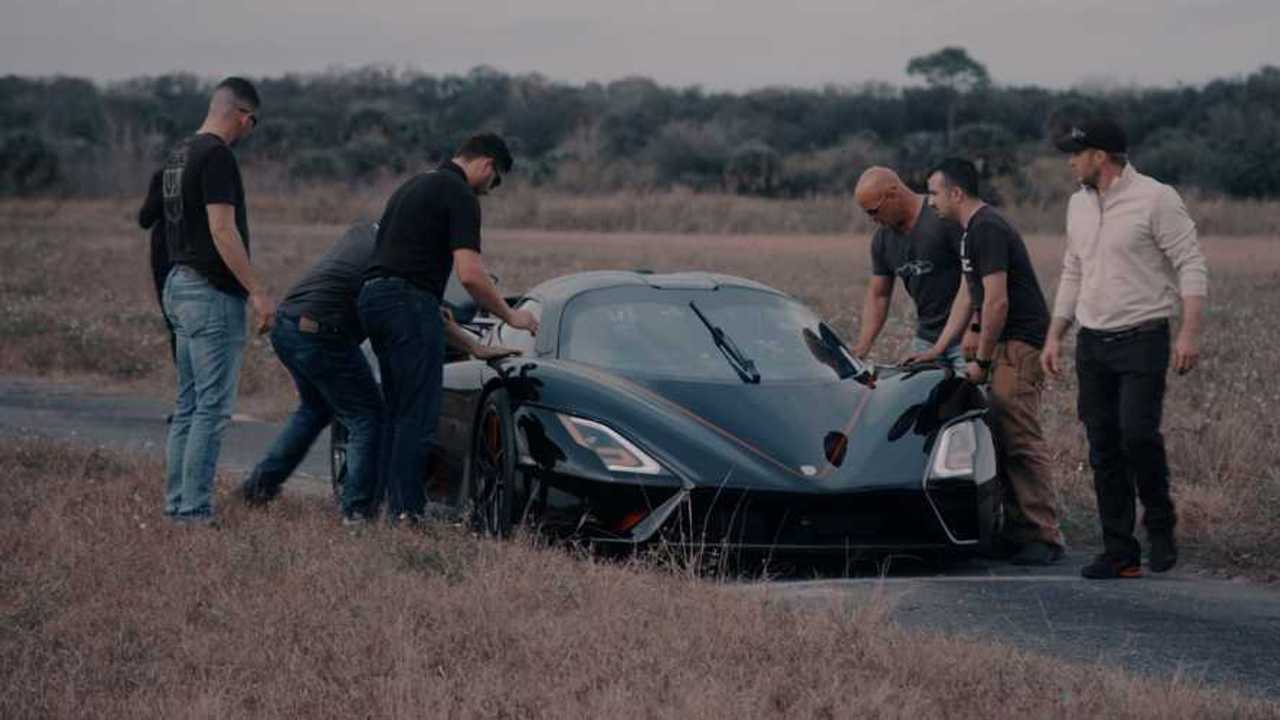 With regards to being the fastest production car on the planet, SSC Tuatara has certainly set the record straight at the John Bohmer Proving Grounds – an average of 282.9 miles per hour (455.2 kilometres per hour) for two passes. That speed was faster than the Koenigsegg Agera RS's outgoing record in 2017 and definitely discounting Bugatti Chiron Super Sport 300+'s one-pass run at the Ehra-Lessien test facility in 2019.

Now, that's official, but there's one elephant in the room that needs to be addressed. SSC fell short in proving its initial, controversial claim in October 2020 of reaching speeds above 300 mph (483 km/h). As that Nevada run was showered with doubt, naysayers still weren't impressed with the Tuatara's capability despite its record-breaking run in Florida.

And Jarod Shelby, of course, knows what's up.

Speaking to Muscle Cars & Trucks, the SSC CEO said that they are now planning the next Tuatara top speed run, with the aim to remove any shadow of doubt on their beastly machine.

While the main limitation of the John Bohmer Proving Grounds run was its shorter 2.3-mile stretch (as compared to the 7-mile portion of the Nevada highway), Shelby said that the Tuatara is capable of achieving the 300+ mph goal in Florida, embracing it as a challenge.

The question now is when and where, plus who will be the one behind the wheel. Shelby didn't disclose any information in the interview, so we're in the shadows for now. Dr. Caplin, the driver behind the record-breaking run in January 2021, was confident that the Tuatara can do more than what it did then. It wouldn't be far-fetched to think that he'll be the one to man the cockpit again.

Meanwhile, SSC is also eyeing to break the Nurburgring lap record with the Tuatara. That's not without caution, though, so we'll have to stand by for that.